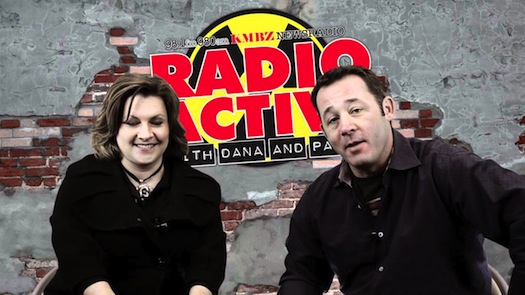 Dana Wright and Scott Parks, hosts of the Dana and Parks program on KMBZ.

You don’t have to be a veteran Kansas City media watcher in Kansas City to notice the changes going on at KMBC-TV and KMBZ radio.Â KMBC, long the leader in local news coverage, placed its lead anchor, Larry Moore, on “emeritus” status, drove off veteran meteorologist Joel Nichols, dumped another veteran meteorologist, Lisa Teachman, and appears to be doing the same to longtime political reporter Mike Mahoney.

KMBZ also is shaking things up in a much more subtle way. Station management now discourages political discussion, at least conservative political discussion. But it is perfectly fine for KMBC General Manager Sarah Smith to broadcast an editorial this month attacking Missouri, Kansas and other state efforts to protect business owners and churches from being forced to provide services for same-sex marriage ceremonies.

But when the KMBC station manager isn’t pushing her own agenda, the centerpiece of their sister media outlet KMBZ 980 radio’s new format, Dana and Parks, is going for an ever-more-vulgar approach to talk radio that could most adequately be described by what author Charlotte Hays calls “white-trash normal”.

Media insider John Landsberg recently criticized a photo posted on the duo’s station Facebook page that contained an obscenity, while popular local blogger Tony Botello denounced another glorifying sexual harassment in the workplace. Comments under both columns were overwhelmingly negative, condemning the show as “sophomoric and unprofessional”, “off-the-charts terrible” and “a sad commentary on the direction our culture is headed.”

A recent story pushed by both media outlets and devoid of any meaningful journalistic standards, underlines just how drastically these changes are affecting what local residents see and hear from these two media outlets.

The story involved an unknown couple who allegedly left no tip and a derogatory note for an anonymous homosexual waiter. The story reported that the waiter at Carrabba’s Overland Park restaurant allegedly was denied a tip by the couple who wrote that the lack of a tip was because his lifestyle was “an affront to God”. No receipt was ever published, but the note conveniently stated that the server’s service was excellent.

The Star admitted the complete absence of evidence but quoted a server from another restaurant as saying the story had “the whiff of legitimacy”, apparently a new journalistic standard applying to any innuendo involving Christians who supposedly engage in politically incorrect commentary.

That some local outlets jumped on a story absent supporting evidence and of questionable news value was predictable. Not predictable was that KMBC and KMBZ would lead the pack in promoting the innuendo. It appeared on KMBC’s Facebook page no less than five times, while variations appeared prominently on newscasts and the station’s website. A fund-raiser for the alleged “victim” also was pushed on newscasts, along with interviews with a “customer’ who just happened to be the leader of a homosexual advocacy group. The advocate was the only person named in any of the stories.

Making the story even more suspect is that it came in the middle of other stories, all proven to be hoaxes, that took the same form of waiter receives nasty note from either a conservative or Christian customer: story goes viral; “victim” gets loads of cash. Indeed, the only thing preventing the local story from being exposed was that no evidence was ever presented by the media to be refuted. The story was pure, unsubstantiated innuendo.

In most other cases, sufficient information was provided so that when others did the media’s job for them, the stories were exposed as hoaxes. For instance, when Red Lobster waitress Toni Jenkins in Franklin, Tenn., reported receiving no tip and an alleged racist comment, the check, along with the alleged offender’s name, was posted on line. Jenkins received more than $10,000.00 in donations, along with worldwide attention. In fact, the alleged author of the racist quote left the restaurant because a family emergency. In response to the publicity, he had both he and his wife’s handwriting professionally analyzed, proving conclusively that they were not the authors of the comment. He is now suing Red Lobster, and Jenkins has been fired.

Dayna Morales, a lesbian restaurant server in Bridgewater, N.J., also claimed that she was stiffed for her tip by patrons who allegedly left a note criticizing her lifestyle. Again, the money poured in. Morales, who claimed to be a former Marine, said donations were turned over to the Wounded Warrior project. The story went viral and again, the couple alleged to have left the comments and no tip stepped forward to prove that they had provided a 20 percent tip, supported homosexual rights and left no comments on the credit card receipt. The media then discovered that friendsadmitted she was a habitual liar, had been booted from the Marines for not attending training and the Wounded Warrior project could find no record of any contributions from Morales. The restaurant promptly terminated her employment. 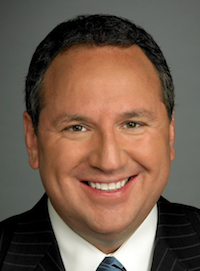 Kris Ketz, KMBC Anchor, doesn’t want to talk about a lapse in judgement.

I contacted KMBC and left messages for the general manager and news director, but neither responded. I sent a lengthy email to anchor Kris Ketz (Wright’s boyfriend), who was mentioned in one of the Facebook postings. I explained the findings in the other cases and questioned why traditional journalistic standards had not been met for this story. He also did not respond. The non-response from Ketz was particularly puzzling, because I have always had great respect for his professionalism and journalistic ethics and was surprised when he failed to defend a story that he had participated in and was so widely promoted by the station.

While KMBZ in general and Dana and Parks are now oriented toward “hot topics” instead of politics, when they do turn to political subjects, the stories tend to bash either conservatives or people of faith.

It should be noted that only Fox 4 and KSHB 41, both of whom focus on hard news, did not broadcast the innuendo, a fact Metro Voice readers might want to notice.

Previous: Got a Problem? Create a Solution!
Next: Egypt’s Christians Hope for Peace Amid Quiet 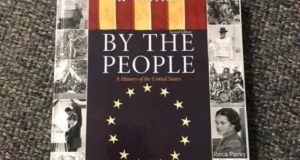 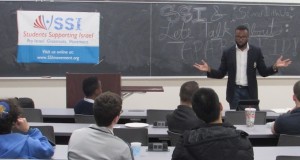 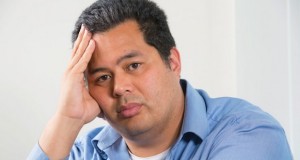