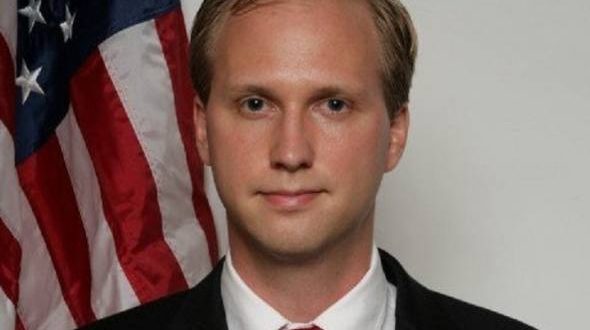 Nathan Larson, a confessed pedophile and prospective congressional candidate in Virginia who once spent 16 months in prison for threatening to kill former President Barack Obama, says he now wants to legalize incest so he can have sex with his young daughter.

Larson who lives in Fauquier County and works as an accountant has filed the requisite paperwork, including 1,000 endorsing signatures, to run as an independent for Virginia’s 10th Congressional District, which is currently represented by Republican Barbara Comstock.

It is not known publicly who signed the petition but it is assumed that many former felons may have aided the campaign.

Last year Democrat Virginia Gov. Terry McAuliffe stated that he had broken the record for restoring voting rights to convicted felons including pedophiles and rapists, calling it his “proudest achievement” as governor.

McAuliffe said he had individually restored rights to 156,221 Virginians, surpassing the previous record-holder by a nose. As governor of Florida from 2007 to 2011, Charlie Crist restored voting rights to 155,315 felons, according to figures that McAuliffe’s office obtained from Florida.

“The state should not interfere with people’s decisions. Like if people were to say, well, the genetic quality might not be as good if people inbreed, they could say the same thing about a lot of people who have bad genetics who should be passing on. These days there’s a lot of genetics tests. We can tell what kind of things people have,” Larson told WUSA9 in a recent interview.

The actions of the current and former Democrat governors may have aided Larson.

Larson lost custody of his now nearly 3-year-old daughter in 2015 after a legal battle with his former in-laws. The child was reportedly born after he became estranged from his late first wife who committed suicide. Before her death, he admitted to her that he had sexual feelings for both children and adults.

In a report last Thursday, Larson confirmed to The Huffington Post that he created the now-defunct websites suiped.org and incelocalypse.today which attracted pedophiles and violence-minded misogynists like him. Both websites have since been taken offline.

He also revealed in that interview that he raped his ex-wife repeatedly when she was alive while claiming that many women have rape fantasies.

He further told WUSA9 that even though he has never had sexual relations with his young daughter, he would like to. Larson’s daughter currently lives in Colorado with her grandparents.

Last Friday, the State Central Committee of the Libertarian Party of Virginia reiterated a statement on Larson from Feb. 2017 when he attempted to gain ballot access for the 31st District House of Delegates race as an independent candidate.

“Nathan Larson does not have and will never receive the Libertarian Party nomination,” LPVA Chair, Bo Brown said. “He espouses many archaic and dark ideas that fly in the face of libertarian philosophy. The Libertarian Party believes in equal rights for all people. No matter how he attempts to rationalize his opinions, they are far outside the realm of the Libertarian Party Platform. If he persists in his campaign for office, he will find that his ideas and previous writings are considered repugnant to the people of Virginia and rightfully so.”

In a statement to WUSA9, Lauren Book, a victim of childhood sexual abuse, and the Founder and CEO of Lauren’s Kids also condemned Larson.

“This abomination of a human being advocates for sexually assaulting infants and children, raping women (including your spouse), and identifies Adolph Hitler as a hero. Larson is a sick, depraved individual who spreads his hate through now defunct websites. He is a maestro at creating safe havens for other dangerous deviants who openly compare notes on sex acts with children and how-to pieces on the entitlement for rape,” Book wrote.

“As a society, as Americans, and as human beings, we must do more to push back the darkness and horror that robs millions of their quality of life. That begins with condemning Nathan Larson,” she added.

The Virginia Board of Elections told WUSA9 that Larson is not officially a candidate yet because candidates running as independents cannot be listed until June 12 which is Primary Day.