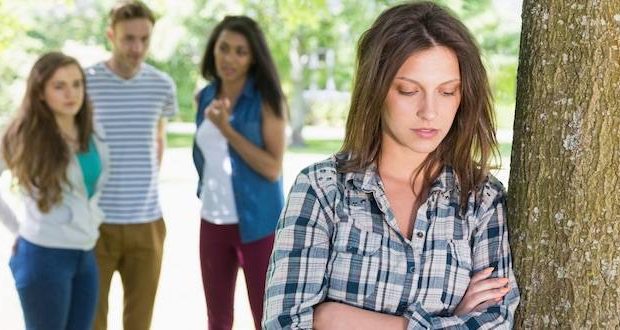 Christian students being silenced on campus

Christian students are being silenced on college campuses. New numbers reveal the phenomenon is causing a growing number to keep their religious, and even political, views to themselves.

An annual survey by Yale University finds a majority of students, 53 percent, feel intimidated sharing their ideas, opinions or beliefs when they’re different from their professors.

Slightly more students, 54 percent, feel intimidated if those views differ from their classmates.

Of those students who feel intimidated, 62 percent are Christian or self-described conservatives. 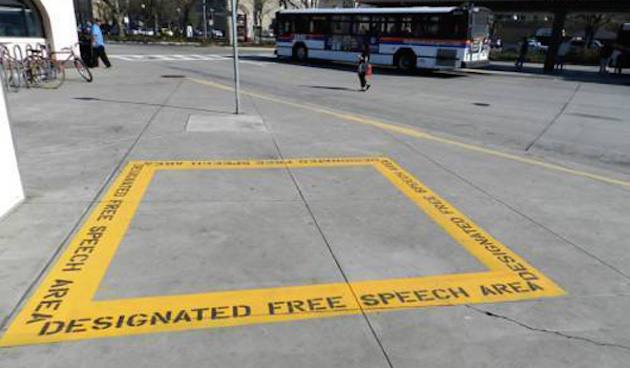 On liberal campuses like Berkley or NYU, the numbers of Christian keeping their views secret skyrockets. These students have become a silent underground often afraid for their safety for speaking openly.

“I have talked to students who say, you know what? We talk about politics in our dorm room with the door locked because we’re scared of people telling on us,” Nicki Neily, president of Speech First stated.

Speech First keeps track of these free speech restrictions on college campuses and even challenges them in court.

“If you think that you’re gonna get in trouble because your views are considered bigoted, hateful, defamatory – I mean, of course you’re not going to talk about them,” Neily says.

The survey also finds nearly 60 percent of students want to ban right-leaning or religious speakers from campus. And a third of students believe physical violence is justified to stop someone from making statements that might offend others.

The problem is determining what’s offensive can be different for everyone.

Students at some schools even run the risk of facing punishment for private conversations. 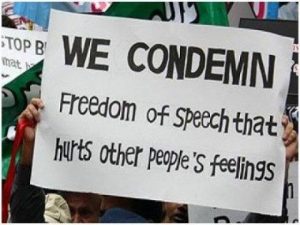 “There are portals on university websites where you can go in, you can type in, ‘I heard Joe use this term in a classroom, walking down a hallway – I found it offensive and I think it should be investigated.’ And then that student is called in for a hearing,” Neily explains.

Why is this happening now? Neily suggests it’s a new generation of students created by helicopter parenting, bubble wrapping kids and a culture of trophies for everyone.

Some schools, like the University of Chicago, are taking a stand for the First Amendment.

In a letter to the class of 2020, the school’s dean of students writes, “Our commitment to academic freedom means that we do not support so-called ‘trigger warnings,’ we do not cancel invited speakers because their topics might prove controversial, and we do not condone the creation of intellectual ‘safe spaces.'”

He continues by stating, “Diversity of opinion and background is a fundamental strength of our community.”

More than 50 colleges and universities have made similar statements.

Neily suggests students check out where schools stand on speech before making a decision on where to attend.