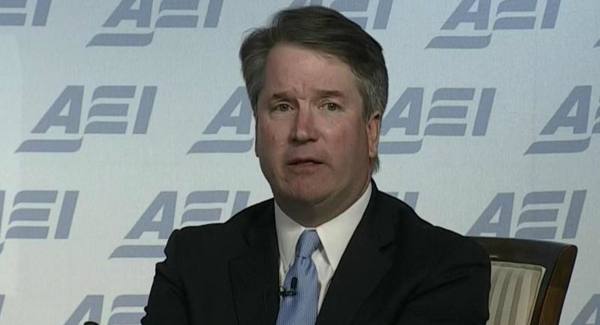 Reporters from the New Yorker have made an astounding admission regarding sexual assault claims made against the newly confirmed United States Supreme Court (SCOTUS) Associate Justice Brett Kavanaugh.

On September 23, New Yorker reporters Jane Mayer and Ronan Farrow dropped a bombshell on the Kavanaugh debate. A second accuser had come forward accusing the nominee of exposing himself to her 35 years ago.

The charge threw the nomination into chaos, prompted a Federal Bureau of Investigation (FBI) check, and managed to delay the confirmation. But in a shocking admission of journalistic malpractice, Mayer now says she and Farrow ran with the accusation without any evidence to back it up, hoping to show a Kavanaugh pattern of misconduct.

Don Irvine of Accuracy in Media called the incident reckless.

“That’s pretty amazing,” Irvine asserted. “What an admission there for a journalist to go out and say, ‘We just want to see if anything, if it sticks. That’s great … maybe we can go get this guy.”

The media expert could not get over the journalistic malpractice.

“No corroborating evidence, nothing to back this up – I’m just throwing this out there,” Irvine said in astonishment. “I don’t understand how you can call yourself a journalist when you do this kind of thing.”

He went on to say that he seeing this more and more – once-respected journalists abandoning principles in order to make news … not report it.

“It is this pattern of behavior … we can go ahead and just try these stories, try to see what the public thinks, what the rest of the media thinks, and then maybe create something there, smear somebody – even if it’s not true,” Irvine continued. “They were trying to find a way to help derail Kavanaugh’s nomination and confirmation.”

Irvine actually fears for the country if reporters and their editors do not come to their senses.

“This is a very dangerous kind of journalism to practice,” Irvine argued. “If they had been able to really get away with this in the long-term, I shudder to think what else we’re going to get down the pike.”

Previous: Forget the controversy, ‘First Man’ honors American hero
Next: How to fight the culture of sexual abuse