Home / Special Sections / Respect Life / Their â€œRescuing Hugâ€ Stunned the World, Now the Twins Are All Grown Up 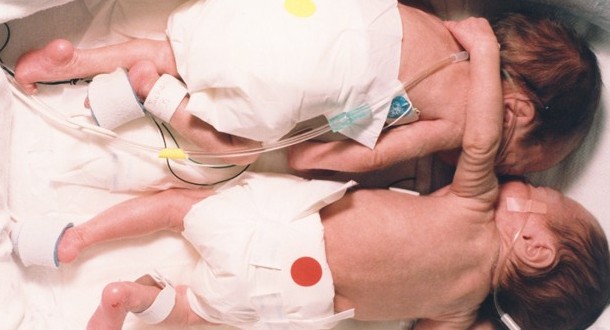 The rescue hug seen around the world.

Their â€œRescuing Hugâ€ Stunned the World, Now the Twins Are All Grown Up

When preemie twins Brielle and Kyrie Jackson were born, doctors weren’t sure they’d make it, until a smart nurse placed the girls together in one incubator.

These iconic twins were born 12 weeks premature in 1995. They’re lying on their bellies, and the slightly larger baby has her stick-thin arm around her sister. One baby was not expected to live, hospital nurse fought to put them in the same incubator.

The stronger baby wrapped her arm around her sister, and her touch allowed the struggling baby’s heart to stabilize and her temperature to return to normal.

Today, they’re all grown up. 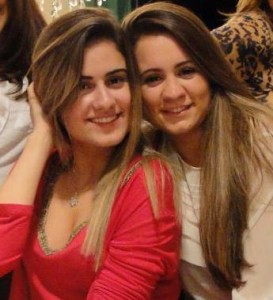 Kyrie and Brielle Jackson were born on October 17, 1995, a full 12 weeks ahead of their due date. The standard practice, that time, at The Medical Center of Central Massachusetts in Worcester, where the twins came into the world, was to place them in separate incubators in order to reduce the risk of infection. Both babies were placed in separate incubators, a standard practice to reduce the risk of cross-infection. Kyrie, who weighed 2lbs 3 oz, was making good progress and gaining weight, but her tiny sister had breathing and heart-rate problems, there was little weight gain and her oxygen level was low.

On November 12, tiny Brielle went into critical condition. Her stick-thin arms and legs turned bluish-gray as she gasped for air. Her heart rate soared. The Jackson parents watched, terrified that their little daughter might die.

It is said that desperate moments call for desperate measures. Nurse Gayle Kasparian, after exhausting all the conventional remedies, decided to try a procedure that was common in parts of Europe but virtually unknown in the United States. With parental permission, she placed the twins in the same bed. No sooner had she closed the incubator door, Brielle snuggled up to Kyrie and began to calm down. Within minutes, her blood-oxygen readings improved. As she dozed, Kyrie wrapped her left arm around her smaller sister. Â Â Â Â Â Â Â  Brielle’s heart rate stabilized and her temperature rose to normal.

In due time, the twins went home. Their parents placed them, once again, in the same bed where they continued to thrive. Even after five years, according to mom and dad, the twins still slept together and, not surprisingly, still snuggled.

The photograph of Kyrie hugging her little sister, dubbed the “Rescuing Hug,” appeared in both Life magazine and Reader’s Digest. It brought fame to the pair and spurred a growing interest in co-bedding premature twins, triplets, and quads. The University of Massachusetts Memorial, for example, has co-bedded at least 100 sets of multiple birth preemies. Observing this practice over a period of five years, the hospital staff there has not found a single case of twin-to-twin infection. In addition, clinical studies have shown that premature twins enjoy substantial benefits when they are placed in the same bed together.