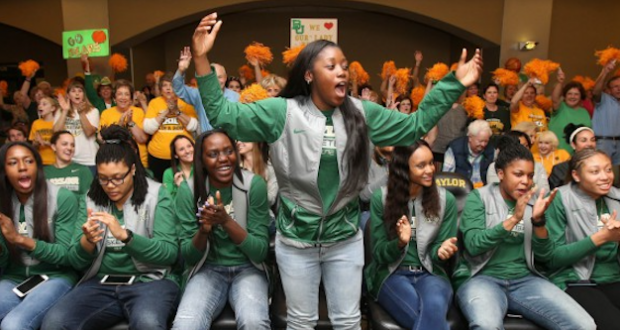 Campus Pride, an LGBT activist group, is pressuring the National Collegiate Athletic Association (NCAA) to cut ties with Christian colleges over their views on transgenderism and homosexuality.

Ever since the Obama administration extended Title IX rights to LGBT students, Christian schools across the country have been requesting waivers to maintain their rules on lifestyle choices or campus housing. Following demands from another gay rights group, the Department of Education agreed in January to create a public database listing the Christian colleges that apply for waivers.

On March 9, Campus Pride requested the NCAA “divest from all religious based campuses who have requested discriminatory Title IX waivers.” Eighty other LGBT rights groups joined Campus Pride in signing the letter.

The Council for Christian Colleges and Universities (CCCU) fired off its own letter to the NCAA on March 11, spokeswoman Shapri LoMaglio, told me. The letter “sought to clarify our campus life policies,” rejected Campus Pride’s calls for exclusion of religious schools, and highlighted religious schools’ contributions to NCAA championships. The CCCU declined to provide a copy of the letter, although someone already leaked it to the Christian Post.

LoMaglio said she thinks the NCAA is “very unlikely” to buckle to the activists’ pressure.

But Campus Pride timed its campaign to coincide with one of the NCAA’s most-watched events—March Madness. The NCAA Men’s Division I Basketball Championship generates 90 percent of the organization’s yearly revenue, and Campus Pride has leveraged the publicity to increase pressure on the organization.

“The NCAA through its member institutions sends a message about their core values of integrity, inclusive culture and sportsmanship,” the Campus Pride letter states. “Over half of the campuses with the discriminatory waivers are participating NCAA member institutions.”

Campus Pride and another group called Soulforce placed the waiver recipients on a “shame list” and has encouraged students to protest their own school’s waiver.

A small group of students at Biola University were happy to comply. On Feb. 9, about 40 students and faculty at the Los Angeles college walked around campus with signs reading “#BiolaGiveBackIX.” Administrators finally asked the group to leave because it had not filed the correct protest paperwork.

“Biola says that they want to be a more inclusive and diverse campus, yet they are asking for this waiver, which is doing the exact opposite,” Biola senior Adeline Saldana told the school.

In its Sexuality and Relationships Policy, Biola University prohibits any sexual behavior outside marriage between one man and one woman: “This view of sexuality and marriage is rooted in the Genesis account of creation,” the policy states. Biola University requested an exemption from Title IX in November 2014.

Previous: In Life and Death, Scalia changed the Supreme Court
Next: Free parking at KCI Airport