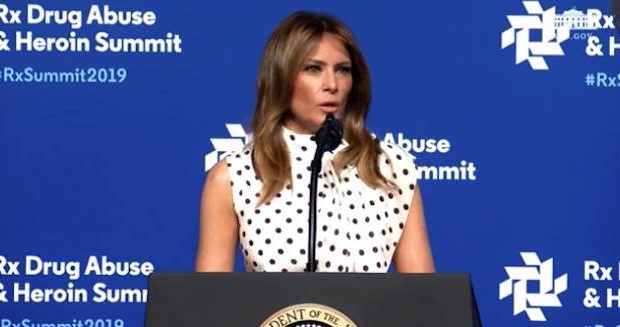 This  opioid crisis is getting worse in Kansas City metro and the news has law enforcement increasingly looking to the White House for help.

In Leavenworth, Kan., police are now focused on the arrest and prosecution of individuals dealing drugs. But,  say officials, they’re only making a dent in the crisis.

Leavenworth Police Chief Patrick Kitchens says the opioid epidemic became a problem in Leavenworth about five years ago. He says they’ve been seeing the effects of it on the community ever since. Even though violent crime has gone down in the city, property crimes have gone up. Police attribute those to people getting desperate for drug money.

Late last year, a man was trying to rob a 74-year-old woman’s home in Leavenworth and was then shot to death. The suspect’s family wasn’t surprised he was addicted to heroin and would do anything for more drugs.

Kitchens says the problem is not any better.

“In fact, in the last few months we’ve seen a slight uptick in overdose from what we think is an opioid source,” Kitchens said. “What we’re dealing with now is not simply the opioids but for example it’s laced with fentanyl. And that is an indication of us that it’s getting worse and more critical for the people that are suffering with the addiction.”

The White House had announced that the Trump’s would speak “about their fight to end the opioid crisis in America.”

Trump has declared the opioid crisis a public health emergency and is spending billions of dollars to combat it. Opioid abuse claimed nearly 48,000 American lives in 2017. And while progress is being made, many cities still struggle.

The first lady has made opioids a key focus in her national campaign to help children be their best.

The four-day drug abuse summit attracts a range of interested parties, including medical professionals, public health and elected officials, and others.

The Centers for Disease Control estimates an average of 130 Americans die everyday of an opioid overdose.

The Department of Justice is taking a hard stance on prosecuting dealers. One Tuesday, a San Diego man was found guilty of federal charges related to a man’s fentanyl overdose. Click here to read more.