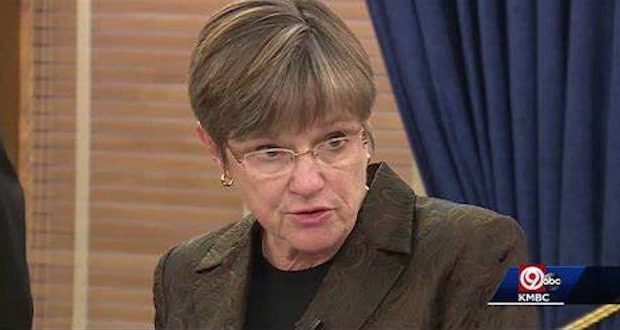 Kansas Democratic Governor Laura Kelly’s veto on Monday of an abortion reversal measure puts pro-abortion elected officials in a tight spot. The bill would have expanded resources given to women who have already taken an abortion drug by giving them information on a pill that reverses the effects of the drug–thus saving the baby.

In a press conference Gov. Kelly ignored the fact her veto actually reduces the amount of resources available to women.

“This unwarranted legislation will create confusion and could be harmful to women’s health,” Kelly said. “The practice of medicine should be left to licensed health professionals, not elected officials.”

Her decision against giving women more information and the statements of other pro-abortion legislators and activists has exposed their hypocrisy, say pro-life leaders and Republican legislators.

Kansas Senate President, Republican Susan Wagle was one of the first to respond. The bill, she said, would allow women “to make an informed decision about their pregnancy.”

Kansans for Life, the state’s largest pro-life group, said Kelly has done a “disservice to Kansas women” and called on the legislature to override her veto.

“It is ridiculous to paint the protocol as untested, and medically unsound,” Executive Director Mary Kay Culp said.

Culp agrees the governor is being hypocritical.

Culp says KFL worked hard with other pro-life groups but in the end could not persuade the governor to do the right thing on behalf of women.

“The thing that hurt us the most is that the national leadership of the American College of Obstetricians and Gynecologists is decidedly pro-abortion and they came out against the bill even while their Kansas chapter did not oppose it. That contradicted the national organization’s own mission which has been to give women access to information,” says Culp.

The prime sponsor of the bill, John Rep. John Eplee, R-Atchison, introduced the legislation in February saying it was important to give women all the facts before they go through with an abortion. Eplee, who represents the 62nd District in Aitchison, is a medical doctor and was just honored as the Kansas Family Practitioner of the Year.

Eplee had crafted the bill to give maximum information to women who could then decide if their earlier decision to abort was not the best choice. The bill made sure that once a woman takes an abortion pill, she has 72 hours to change her mind and take doctor-prescribed progesterone to reverse the abortion.

The fight over the bill isn’t over. The Republican-held legislature could override Kelly’s veto with a two-thirds majority of each chamber. Doing so would require only one more vote from the Senate.

“I think there’s a strong potential for override,” said Sen. Gene Suellentrop, R-Wichita, noting that two Republican senators were absent from voting that day and would likely be in favor of an override.

Whether doctors and clinics should be required to tell patients about this option is the subject of a debate in at least four states right now. Americans United for Life says they include: Georgia, North Carolina, and Oklahoma.

Nationwide, the Abortion Pill Rescue Network reports that more than 500 babies have been born with 150 more on the way, thanks to the treatment developed by Drs. George Delgado and Matthew Harrison in 2007.

The babies’ mothers are utilizing a round-the-clock hotline (877-558-0333) that links them with 400 medical practitioners across the country who can prescribe the progesterone needed to reverse their abortion within the crucial 72-hour window.

A 2018 peer-reviewed study published by Dr. Delgado in the medical journal Issues in Law and Medicine followed 754 women who wanted to stop their abortion after taking the first dose of the abortion pill known as RU-486. Their findings? Sixty-eight percent who started the reversal treatment were able to give birth to a healthy baby.

Still, abortion rights supporters say that more testing is needed in order for doctors to confidently recommend the procedure.

Gov. Kelly says it “is not adequately supported by medical science” and Wichita abortion provider Julie Burkhart says “requiring doctors to provide unscientific and unproven information violates the private relationship between women and their medical providers.”

Abortion reversal supporters contend that no woman who questions her chemical abortion after she’s taken the first pill should feel that she must continue it and they argue that the results over the last 12 years along with the peer-reviewed study should encourage women who want to use the treatment and save their child.