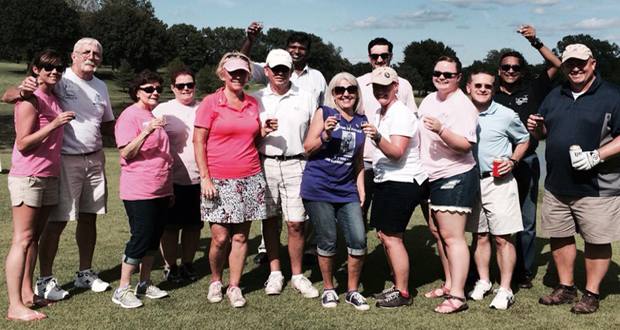 Spring is here, summer’s near, and it’s that time of year – time to gear up for the 17th Annual Rod Rogers Memorial Golf Tournament benefitting KU Cancer Center. The event is described as “the most fun you’ll ever have at a golf tournament.” The tourney will be held once again at Dub’s Dread Golf Course, 12601 Hollingsworth Rd., Kansas City, Kansas, on Friday, May 31. 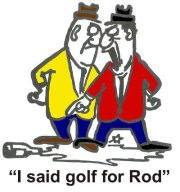 “We’re excited to host this awesome tournament once again at Dub’s Dread,” said Marylyn Rogers Owens, tournament organizer. “We do this not only to honor Rod’s memory, who lost his battle to pancreatic cancer in 2002, but more importantly to bring attention to this deadly disease and raise much needed funds to fight it. We hope to one day be able to offer a cure or at least diagnostic testing to give patients a fighting chance.”

Rodney Max Rogers, a businessman and lifetime resident of Wyandotte County, was diagnosed at age 62 with pancreatic cancer – the deadliest, most painful, and almost untreatable form of cancer…and the least funded. He succumbed to it 7 months later, which is more time than most people with this horrific disease get.

“We are honored once again to have some of the doctors/researchers from KU Cancer Center participate and share the latest news of the progress they are making in their fight against pancreatic cancer,” Owens said. “We would like to thank our sponsor, Midwest Distributors, Inc. for their continued support, and KC Cause, a local non-profit fundraising organization, for making this tournament possible.”

The tournament continues to grow stronger, and has been labeled by many as the “Best Tournament of the Year,” so it’s best to get your reservations in early. Midwest Distributors is the sponsor for the tournament, which features plenty of refreshments on almost every hole, contests, prizes, a large silent auction and lots of fun.  A hearty lunch will be served before the tourney on the patio, fresh off the grill! “Grammy’s” famous Frito Pies will once again be served at the turn. Plenty of range balls are available at the driving range prior to the tournament.

A full dinner with all the fixin’s is served afterwards during the Awards Ceremony. Then the winners of the Silent Auction can pick up the items they have won.

The tournament begins with a shotgun start at 1pm. Registration and lunch is 10:30 a.m. – 12:30 p.m. If you would like to be involved, or donate an item for the auction, contact Marylyn Rogers Owens at (913) 461-8527 or gagakc@sbcglobal.net. Registration for the tourney is at www.rogersgolftournament.com.

Over $350,000 has been raised so far for cancer research by the tournament.

FROM THE CHEAP SEATS – Upgrading the Chiefs’ defense