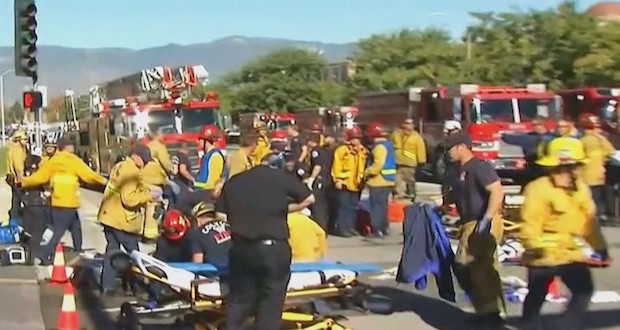 Christians Among Those Killed in San Bernardino

Dead in San Bernardino terrorist attack include a Messianic Jew, a Christian who fled persecution in Iran, and a father of five

Two weeks before he died, Nicholas Thalasinos, a 52-year-old Messianic Jew, engaged in a heated discussion about the nature of Islam with his colleague 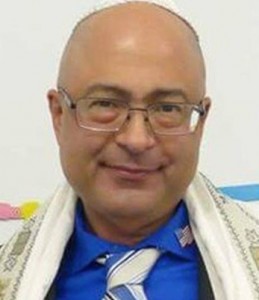 Syed Farook. That day, the two San Bernardino County restaurant inspectors argued about whether Islam is a peaceful religion—Thalasinos said it isn’t, and Farook disagreed, saying Americans don’t understand Islam, according to a friend who overheard the debate.

On Dec. 2, Farook strapped on black tactical gear, loaded up assault rifles, and charged into a local social services center with his young wife, Tashfeen Malik, and sprayed about 75 rounds into a room where his co-workers were holding a holiday banquet. Officials now say Malik pledged allegiance to ISIS using a Facebook account under a fake name.

At least one of the bullets fired by Farook and Malik hit and killed Thalasinos. He is one of 14 victims who died that day. His wife, Jennifer Thalasinos, also a Messianic Jew, said her husband became born again two years ago and was always evangelizing: “He wanted to serve the Lord and bring more people to the Lord.” He also was a passionate defender of Israel and his other conservative political and religious views. She believes her husband was “martyred for his faith and beliefs.”

As terror, chaos, and speculation fills San Bernardino, a mostly working-class community in Southern California, stories of the victims are also trickling out through sorrowing loved ones. Late Dec. 3, authorities released the 14 shooting victims’ names: 12 were county employees, the youngest 26, the oldest 60. Most were Farook’s friends and colleagues. 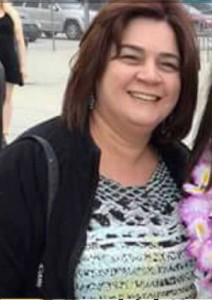 Bennetta Betbadal, a 46-year-old county health inspector, was 18 when she fled Islamic extremism and persecution of Christians after the Iranian Revolution, according to a statement released by her family: “It is the ultimate irony that her life would be stolen from her by what appears to be the same type of extremism that she fled so many years ago.” She and her family came to New York first, but she eventually met and married her husband Arlen Vedehyou, a police officer, in California. They have three children aged 10, 12, and 15.

When Michael Raymond Wetzel, a 37-year-old supervising environmental health specialist, went silent after the shooting, his wife Renee Wetzel, a stay-at-home mother with six children, quickly turned to her friend’s mommy blog for 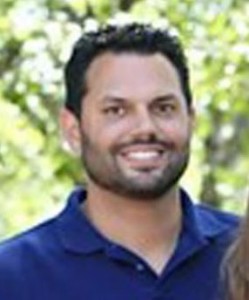 prayers: “My husband was in a meeting and a shooter came in. There are multiple people dead/shot. I can’t get a hold of him. Please pray that he is OK.”

Once she learned her husband was one of the victims, she posted Psalm 61:2 on Facebook: “When my heart is overwhelmed; lead me to the rock that is higher than I.” Wetzel’s updated Facebook profile picture show a sunlit, smiling family with the oldest son holding the youngest baby daughter, who wore a pink flower headband. An online fundraiser for the widow and her family on the blog, Lil’ Mamas, racked up more than $60,000 in donations within a day.