Church giving up as economy skyrockets

New research shows that churches are improving financially over 2016 as the economy continues to grow and unemployment is at record lows.

Those are among the findings of a report from LifeWay Research, based on a survey of 1,000 senior pastors that was conducted Aug. 30-Sept. 18, 2017. LifeWay Research has tracked the impact of the economy on churches since 2009, said Scott McConnell, executive director. He noted this is the first time the majority of pastors said the economy isn’t troubling their church.

“The past decade has been difficult for many church budgets,” McConnell said. “But things seem to be looking up.” 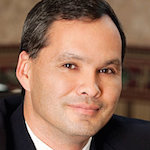 William (Bill), chief executive officer for National Christian Foundation Heartland agrees. “From a short run perspective, things are going well,” states High.  “In our world for instance, which directly impacts giving to the church we saw gifts of publicly traded stock double.  So we are seeing the short range bubble be very positive which is positively impacting church giving.  Uncertain is how much the new tax law will impact the church going into 2018.”

Few worried about the economy

At the height of the Great Recession in 2010, LifeWay Research found most pastors (80 percent) said the economy had a negative effect on the church budget. That dropped to 51 percent by March 2016.

In the most recent survey — from the fall of 2017 — 35 percent of pastors say the economy has a negative impact on the church. Seventeen percent cite a positive impact, and 45 percent say no impact.

African-American pastors (59 percent) and pastors of churches with 50 to 99 attenders (40 percent) are more likely to say the economy is having a negative impact. The response of African-American pastors is surprising in light of the fact that more blacks have jobs than at any time in American history and per-capita income among blacks is also the highest it has ever been. President Trump has repeatedly emphasized that the modest recovery in 2015-2016 missed the African American community during the Obama administration and he was determined to make sure African-Americans had access to job opportunities and expanding businesses.

Pastors of larger churches (with 250 or more attenders) are more likely to say the economy is treating their church well (28 percent).

African-American pastors (41 percent) are more likely to say giving is under budget than white pastors (26 percent).

Churches seem to be regaining their footing as the the full effects of a Trump presidency on the nation’s economic health becomes evident.,.

“Overall, 2017 was a good year for church budgets,” McConnell says. “Except for isolated local downturns, the financial struggles of churches not meeting budget likely have nothing to do with the overall economy.”

The phone survey of 1,000 Protestant pastors was conducted Aug. 30-Sept. 18, 2017. The calling list was a stratified random sample, drawn from a list of all Protestant churches. Quotas were used for church size. Each interview was conducted with the senior pastor, minister or priest of the church called. Responses were weighted by region to more accurately reflect the population. The completed sample is 1,000 surveys. The sample provides 95 percent confidence that the sampling error does not exceed plus or minus 3.2 percent. Margins of error are higher in subgroups.

Previous: What would Jesus do about harassment?
Next: Lift Every Voice perfect hymn for Black History Month