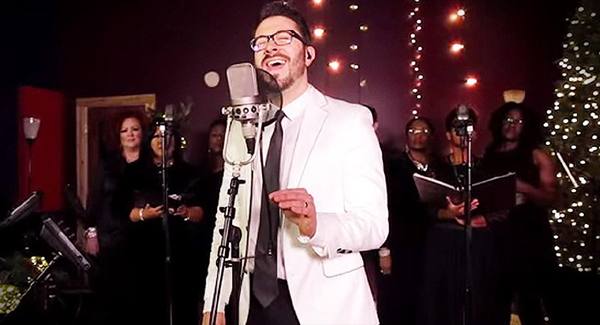 “It’s been a dream of mine since American Idol to headline my own major tour,” says Gokey. “That platform opened my eyes to the power of mixing hope with entertainment. Hearing a message of hope at just the right time can truly make an impact in someone’s life. Getting this opportunity is a dream come true! I love touring, being with fans, and seeing first-hand how the music can encourage people in a time in our society where hope (mixed with a little fun) is so desperately needed.”

“The process of creating the tour has really been awesome,” continues Gokey. “I can’t wait to hit the stage with Tauren and Riley – they are both crazy good and I love their fresh sound.  We’ve also brought in uber-creative director Laurieann Gibson, who has worked with everyone from Michael Jackson to Katy Perry, to design the show and help me take it to another level.”

Gokey continues, “My purpose with this tour is that people walk away entertained, inspired, empowered, and that hope invades every area of their lives.”

Gokey became a favorite of millions of fans as a Top 3 finalist on Season 8 of American Idol. His first album, My Best Days, debuted at #4 on the Billboard Top 200 album chart. Since then, the Wisconsin native has celebrated a series of #1 album debuts, including his first award-winning holiday album, Christmas Is Here, as well as singles including the recently Gold-certified “Tell Your Heart to Beat Again” and “Hope In Front of Me.” Gokey’s latest album, Rise, reached #1 on the Billboard Top Christian Album chart and garnered his first Grammy nomination.  Its title track, marked his third, multi-week, multi-chart #1 single.

Tauren Wells and Riley Clemmons are guest artists on the tour.

They will play in Topeka October 27 at Topeka Performing Arts Center. For more information visit dannygokey.com.

Previous: The danger of thinking you’re a good person
Next: Oklahoma pro-abortion billboards are turning heads, and here’s the approach they’re using