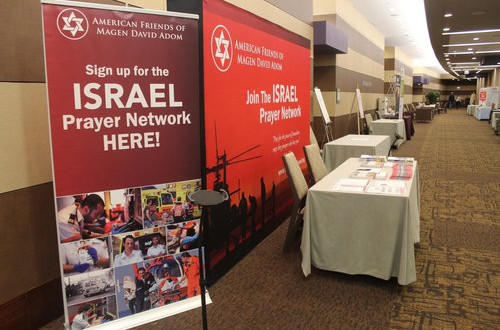 Late at night, the convention hallways are quiet but during the day they're filled with hundreds of Christian journalists, editors and digital media professionals.

In era of polarizing politics, Israel a unifying force for evangelical Christian press

With the motto of “inspiration, instruction and interaction,” the Evangelical Press Association’s (EPA) annual convention for Christian media casts a unified vision as it touched on topics relevant to the gathering of evangelical writers and journalists from around the country.

Alas, for the 2017 rendition of the convention, the quest for unity could not escape the specter of dissension and controversy that has haunted the evangelical Christian community—or at least the evangelical press—since President Donald Trump’s election.

“We felt that it was still timely to discuss it. It was not designed to be a debate on who voted for who and why, but rather, ‘This is where we are now—how do we move on?’” said Lamar Keener, executive director of the EPA, at this month’s three-day, 35-workshop conference held just outside Chicago.

Keynote speakers and leading evangelical leaders sought to address the complications and divisions facing the evangelical Christian community since the contentious presidential election.

Yet Keener emphasized the focus of the conference was about education, professional development and building relationships.

“We are not an activist organization,” he said. “We do not take positions. We do not hold press conferences and announce that our position is this, or we have a resolution to do this. We have a diverse membership, so we really try to avoid those kinds of issues, other than presenting them in a forum with multiple viewpoints.”

One such forum was a panel titled, “The Trump Administration: How Should the Church Respond.” Panelists from Christianity Today, the Ethics & Religious Liberty Commission, and the Moody Radio Network discussed what many felt to be the distressing implications of Trump winning an election with 81 percent of the white evangelical vote.

“The 20 percent who I’m familiar with, who voted for someone else besides him, find ourselves mystified by the 80 percent who did,” noted Mark Galli, the editor of Christianity Today and the panel’s host.

Political discourse aside, the conference lived up to its intended purpose of fostering unity by serving as a platform for media professionals to build relationships—particularly with the many participating representatives from organizations affiliated with Israel or the Jewish community.

“I would say the majority of those who are a part of the EPA really have a commitment and a strong feeling toward Israel, in terms of supporting Israel,” said Jill Daly, the Midwest director for Israel’s Ministry of Tourism, which was a returning EPA conference sponsor.

Many EPA members and conference attendees had visited Israel with Daly on media trips, and she said she looks forward to leading a similar trip this fall. Daly was hopeful that even as anti-Semitism and the BDS movement continue to gain traction on American college campuses, current and future members of the evangelical press—including dozens of student journalists at the EPA conference—would tell a different narrative than what is usually portrayed in mainstream media.

“These people become ambassadors for us—the voice of support for Israel,” said Daly.

Dwight Widaman, the outgoing treasurer for the EPA board of directors as well as co-publisher and editor of the Kansas City Metro Voice, has attended three press trips to Israel with the Ministry of Tourism. He said the EPA readily recognizes the special relationship that evangelical Christians have historically maintained with Israel.

“Partnering with Jewish organizations and the Ministry of Tourism provides unique opportunities for journalists to delve into and explore that relationship and its relevance to the Christian faith,” Widaman said. “With our readership demographics changing, it is even more important to reintroduce Israel to a new generation evangelicals—often for the first time—and stress the importance of that relationship.”

Other conference sponsors included American Friends of Magen David Adom and the forthcoming Washington, D.C.-based Museum of the Bible—which will house the Green Collection, one of the world’s largest private collections of biblical relics and manuscripts. Steve Green, the museum’s chairman and the president of Hobby Lobby, gave the EPA conference’s concluding keynote address.

Conference attendees were also able to catch an advance screening of the Christian Broadcasting Network’s “In Our Hands: The Battle For Jerusalem,” a docudrama recounting the battle for the Old City of Jerusalem in 1967 through the eyes of Israel’s 55th Paratrooper Brigade.

“I definitely think our leadership in the EPA wants good relations in Israel, with the Jewish press, and is looking to write stories about that unique relationship between the evangelical community and Israel….It is the birthplace of our faith,” said Widaman. 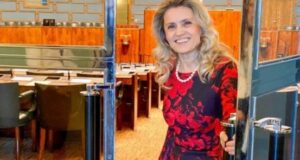 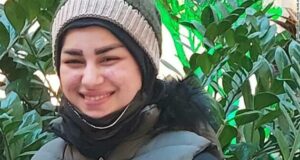