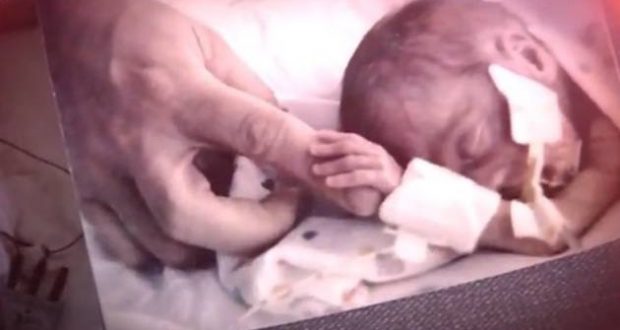 The Susan B. Anthony List, a national pro-life advocacy organization that has knocked on over 2 million doors nationwide this year to drive turnout for the 2018 midterms, cried foul this week after Facebook took steps to censor two of its 30-second advertisements.

One of the video ads features the the success story of Micah Pickering, who was born at 22 weeks of gestation. Mother, Danielle Pickering, says in the video that anyone who says that “a baby at 20 weeks doesn’t have a right to live” should come see Micah. At the end of the video, a narrator says that Iowa’s Democrat candidate for governor, Fred Hubbell, “supports painful late-term abortions” and is “just too extreme for Iowa.”

The second video features the success story of Charlotte Ryun, who was born at 24 weeks of gestation. In the video, Charlotte’s father, Ned, says that people who are “advocating late-term abortions” should “look” at Charlotte. A narrator at the end of the commercial says: “Unborn babies deserve protection. Vote pro-life in November.”

In an Oct. 12 email, a Facebook representative told SBA List that its “Charlotte” advertisement could not be approved because it features “sensational or graphic content.” The email told SBA List to edit the ad to be in compliance with its advertising policy, noting that it prohibits ads that “depict medical procedures and conditions.”

In the “Charlotte” ad, one scene featured a doctor pointing to an ultrasound machine. Another featured a picture of a very tiny newborn Charlotte in a neonatal intensive care unit just barely being able to hold onto the tip of her father’s finger.

As for the “Micah” video advertisement, it had already been running on Facebook for 13 days before administrators removed the advertisement without much explanation, according to SBA List.

“We have reviewed your ad more closely and have determined that it doesn’t comply with our Advertising Policies,” Facebook’s email to SBA List about the “Micah” ad states.

The “Micah” ad also featured photos of the small newborn inside of a NICU.

SBA List Vice President for Communications Mallory Quigley told The Christian Post on Thursday that the organization appealed Facebook’s decisions on their advertisements. Quigley said the “Micah” video advertisement has been reinstated but didn’t know of the status of the “Charlotte” video.

When it comes to advertisements, Facebook takes more editorial control over what ads it allows to run verses what content it will allow a standard user to post.

“Facebook is censoring our campaign, slowing us down in the final days ahead of the [Nov. 6] election,” Quigley told The Washington Free Beacon.

Earlier this year, Facebook had placed, then lifted, a ban on paid ads promoting a pro-life film that was produced by Martin Luther King Jr.’s Niece, Alveda King.

The Human Coalition, a pro-life non-profit, had its ads banned by Twitter, earlier this year.

“While Twitter, for example, allows Planned Parenthood to promote abortion and publish other offensive content unchecked, Human Coalition has been repeatedly blocked and stalled from running truthful content that is in-line with Twitter’s own policies,” Human Coalition co-founder Brian Fisher said. “Likewise, after backlash from abortion activists, Apple removed Human Coalition’s pro-life prayer app from its App Store without warning.”

Previous: Migrants turn down offers of jobs, benefits in Mexico
Next: Church of 30 people does amazing thing for homeless