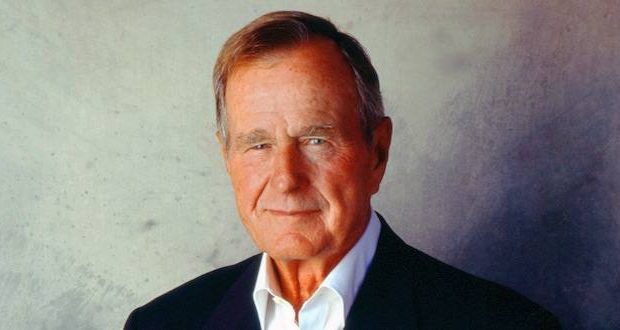 Not long after former President George H.W. Bush’s death in late November, it was revealed he sponsored a little Filipino boy through the Christian charity Compassion International.

In the correspondences, the 41st president referred to himself by only part of his name — “George Walker” — in hopes of protecting his identity as the former leader of the free world, according to Wess Stafford, who served as president of Compassion International when Bush began his sponsorship in 2000.

Stafford told the Colorado Springs Gazette that Bush signed up to sponsor a child when he was at a Christmas concert in Washington, D.C., where several Christian recording artists sang. During the show’s intermission, audience members were asked if they wanted to sponsor children through Compassion International.

“To everybody’s surprise, all of a sudden George Sr. raises his hand in the middle of his security entourage and says, ‘I want one!’” Stafford recalled. When a packet was passed down to the former president, “all of these security people were like, ‘Has anybody screened this? Does anybody know if this is OK or not?’”
The elder Bush used an abbreviated name because tipping others off to the fact that the little boy, Timothy, was communicating with a former U.S. president could put the Filipino native in danger.

Regardless, it was difficult for Bush, who died Friday, Nov. 30, at the age of 94, to keep his identity a secret, according to Stafford.

“The first time he started breaking our little security rules was when he sent a picture of his dog, Millie,” he said, “and he added, ‘This is Millie. She’s met lots of famous people.’”

Stafford continued, “And then years later, he wrote, ‘We’re going to have Christmas this year with my son at his house.’ And then he adds, ‘Oh, and he lives in a big, white house.’ And I’m like, ‘Come on, Mr. President. You are really pushing the envelope here.’”

For years, Bush engaged directly with Timothy. When the former president’s health started to decline, Stafford’s executive assistant, Angie Lathrop, took over the task of writing to the Filipino boy.

Lathrop and her husband flew to the Philippines in 2010 and told Timothy who his former sponsor was. Timothy had no idea who his sponsor was.

“Well, I knew that he was a kind and encouraging, wonderful man, but I had no idea,” he told Lathrop.