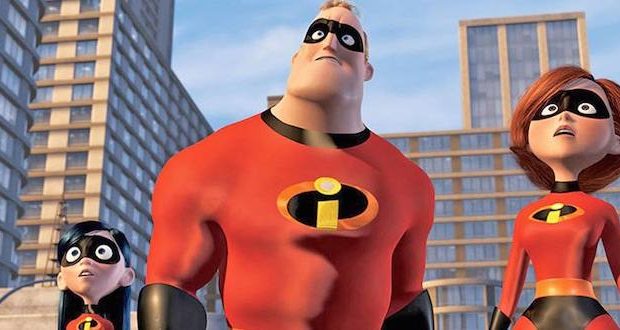 It stinks when you have superhero powers and can’t use them.

But that’s the situation that Bob Parr (Mr. Incredible), Helen Parr (Elastigirl) and their three children find themselves after they tried to catch a bank robber – the Underminer – and ended up destroying a city street instead. The bad guy got away with the cash, and the Incredibles made the front page of the newspaper for all the wrong reasons.

The money was insured, so what did they have to gain by chasing the villain?

“If you had simply done nothing,” an official says, “everything would be proceeding in an orderly fashion.”

Of course, superheroes already were banned in their world. This just made things worse.

Now living in a cheap motel, Bob and Helen Parr seem destined for a life in the real world, with a genuine job and actual responsibilities. That is, until two mysterious and wealthy people – the brother-sister tandem of Winston and Evelyn Deavor – enter their lives, promising a return to superhero fame. The Deavors blame politicians for the negative perception of superheroes. Their solution: body cameras, which will record the brave actions of superheroes. The footage then will be fed to the media, which will subsequently change the public’s perception for the better. Politicians will be forced to change the law!

It’s a good plan, but the Deavors want to test it on only one superhero: Elastigirl. This will require Mr. Incredible to be a stay-at-home dad and raise three kids: the moody Violet, the energetic Dash, and the gets-into-everything baby Jack-Jack.

I took my 10-year-old son with me to watch Incredibles 2, and we laughed as much during the two-hour film as we did during the first one. It’s just as funny as the original, and the family-centric message is back, too.

Still, it’s not as clean as Incredibles was, and it contains some elements that might prevent parents from taking small children.

Like the first Incredibles, it has bloodless animated violence, but the film contains more punching and kicking than most animated films. There also is a flashback scene in which we learn a father was shot and killed in his bedroom. (We see the robbers and the gun but don’t see the bodies.)

The film’s most disturbing moment involves a villain named Screenslaver who uses hypnosis (through television and special glasses) to turn people into his subjects. It’s eerie and emblematic of the power the screen has over our society today.

But the family is more powerful than the screen. The Incredibles, as we learned in the first film, are a close family that supports one another. That’s the case in Incredibles 2, also.

Theologians call the family God’s first institution. Before He designed anything else – the church, the government – He created the family. Thus, it must be important!

And in Incredibles 2, family is preeminent. Bob and Helen love each other. They love their children. And the kids love their parents. In fact, everyone is willing to risk their own lives for everyone else.

But the bigger message in Incredibles 2 concerns parenting. It’s as important as being a superhero! Some moviegoers even may see a message about the traditional role of moms and dads. After all, Helen is great at being a superhero, but she misses her kids. Her children, in turn, miss her, too, and they want her back. (Her absence means she misses a key moment in Jack-Jack’s life.) Mr. Incredible struggles mightily at being a stay-at-home dad. It’s simply not his forte.

At one point, a fellow superhero asks Helen/Elastigirl, “How do you balance superhero stuff with the life stuff?” She never answers the question, but the answer is obvious: She doesn’t balance the two. She spends 100 percent of her time in the superhero world, and her family suffers. In the end, Elastigirl learns she can’t save the world by herself, and Mr. Incredible learns to respect his wife’s motherly skills.

Incredibles 2 is filled with messages about parenting and family. Such as children need a mom and a dad plus sometimes we need a little help as in when we see when Edna assist Mr. Incredible.

Incredibles 2 teaches us a lot about the family. Not bad for an animated film.

–Michael Foust writes for Metrovoicenews.com and several other news outlets. 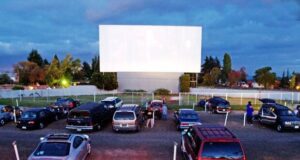