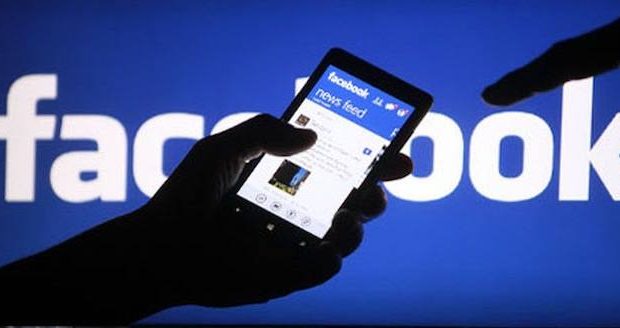 Facebook, perhaps the world’s most powerful media platform, has released the results of its “civil rights” audit which it insists fights hate speech.

The company said it is rolling out the updated guidelines to prevent harmful content, fight discrimination in Facebook Ads, and protect the 2020 census and elections from “intimidation.”

The audit, which it calls its “civil rights” effort, is heated by former ACLU director Laura Murphy, and includes the demands of 90 of the nation’s most liberal organizations. It would be difficult, if not impossible to find a conservative group included in the list.

Many say the new policies take direct aim at conservative speech on Facebook, which the left and the media regularly classify as “hate” speech under expanded and, many say, unfair guidelines.

“Sheryl Sandberg just announced that she is allowing the ACLU and 90 left-wing organizations to dictate nearly every aspect of Facebook’s policies,” Media Research Center President (MRC) Brent Bozell said in a statement.  “This will let the left dominate the most powerful social media platform on the face of the earth. That raises significant legal and statutory issues that should worry both left and right.”

Bozell continued, “Facebook hasn’t released the names of these groups, but the crux of their plans is clear – the influence of everything Facebook does from hiring more liberals to control of all content. That goes so far as to include advertising, partnerships and control of the product itself. Now these left-wing groups have the power over every post a conservative makes. Facebook can’t be a free marketplace of ideas with the left controlling everything and the firm’s No. 2 overseeing and embracing all they are doing.”

“We’re making changes in four main areas – we’re strengthening our policies and enforcement against hate and other harmful content; fighting discrimination in all ads on Facebook with special efforts in housing, employment and credit ads; protecting against misinformation in the 2020 Census and upcoming elections; and formalizing our civil rights task force,” said Sandberg.

Many conservatives already feel like second class citizens on social media. They say Facebook’s policy changes ignore their concerns and only goes after the issues that liberals care about while downplaying freedom of speech.

Dan Gainor, vice president of business and culture for the Media Research Center, says he is not surprised by the tech giant’s latest move.

“It’s been more than a year that Sen. John Kyle was doing supposedly a similar audit of conservatives. We’ve heard no hide nor hair of that. But this is the second time we’ve seen Facebook wrap its arms around the product of the former head of the ACLU and ninety liberal groups all basically getting control of the most powerful social media company in the history of mankind,” stated Gainor.

There are many examples of censorship. Blaze TV host Graham Allen was banned from Facebook after issuing a call to pray for President Trump.

“I made a video and I basically captioned it saying real Christians pray for everyone,” Allen says.  “And a couple days later I got a notification from Facebook that I had violated their community standards for hate speech. So, they took the video down. They removed it.  I got no appeal process. No anything. And I just found it incredibly, incredibly sad that calling for prayer for the president of the United States was considered hate speech.”

Evangelist Franklin Graham has also been suspended from Facebook in the past for taking a stand for his biblical beliefs.

The temporary ban lasted 24 hours, and while the censorship itself is shocking enough, it was also surprising that the ban was retroactive, resulting from a comment he made years prior.

In an interview with Fox Business, he said, “What they did to me on twitter is incredible.  I have millions of followers, but I will tell you, they make it very hard for people to join me in twitter and they make it very much harder for me to get out the message.”

Dan Gainor suggests what Facebook can do to ensure positive changes for both conservatives and liberals.

Meanwhile, Bozell went on to say, “The company getting in bed with these liberal organizations – especially in its efforts to prepare for the 2020 elections – should be deeply alarming to the conservative movement, Congress, potentially the FEC, and indeed all Americans.”

“This was a big mistake on Facebook’s part. We hope they will rethink the decisions they have made.”

Previous: Kansas can help your child pay for college
Next: America to see most patriotic July 4th parade ever