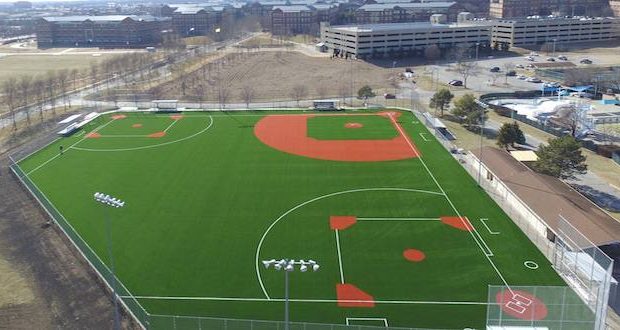 It will be Opening Day at the Jewish Community Center of Greater Kansas City, known as The J, when it officially opens its new expanded baseball field.

A formal dedication and ribbon-cutting ceremony will take place on the new turf field – a field of dreams for youth participating in The J’s baseball and new girls’ softball program. It is also the new home field for Kansas City Christian School (KCC) furthering The J’s interfaith collaboration within the Kansas City metro area. 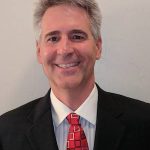 The April 17 dedication will include brief remarks from Kansas City Royals General Manager Dayton Moore, KCC Head of School Todd Zylstra, The J’s Board Chairman Andrew Kaplan and ceremonial pitches to youth players from The J, KCC and “C” You in the Major Leagues Foundation camp. Moore’s foundation hosts its annual youth baseball camp at The J and will do so again this June.

“We believe strongly in the power of collaboration and joining together with other organizations to the benefit of the community. It is so gratifying to see partnerships like this reach new heights,” said Jim Sluyter, Jewish Community Center President and CEO.

The expanded field, located on the southwest corner of the Jewish Community Campus, was made possible thanks to a $235,000 grant from the Baseball Tomorrow Fund, a joint initiative of Major League Baseball and the Major League Baseball Players Association, and a partnership with KCC. The funding allowed The J to convert its largest baseball field into an all-synthetic turf field capable of hosting one regulation baseball game or up to three youth games simultaneously. This change allows The J to greatly increase its capacity and to introduce girls’ softball programming.

”The Baseball Tomorrow Fund is proud to support the Jewish Community Center of Greater Kansas City,” said Cathy Bradley, Executive Director of the Baseball Tomorrow Fund. “On behalf of Major League Baseball and the Major League Baseball Players Association, we thank The J for its continued efforts to provide quality programs and facilities in the community and for its interest in growing the game by creating new opportunities for young baseball and softball players.”

As part of this new partnership, KCC contributed financially to the field project. The school will use the renovated field primarily during after-school hours through May, with minimal overlap expected with The J’s programming.

“We are very excited to partner in this creative way with The J and “C” You in the Major Leagues Foundation and we are thankful for funding from the Baseball Tomorrow Fund. Kansas City Christian is constantly working to provide additional opportunities for our students, and this efficient utilization of resources will benefit both our students and the community,” said Todd Zylstra, KCC Head of School.

Additional financial support for the turf field came from the estate of Sam Gould, a longtime supporter of baseball at The J. Gould loved the game and played it over the years at The J. Previous gifts from Gould financed the addition of lights to The J’s fields allowing for games to be played at night thus expanding the baseball program.

“Sam’s legacy includes making it possible for our youth summer baseball programs to grow beyond our dreams,” Sluyter said.

Youth baseball has been a staple of The J’s programming for much of its more than 100-year history. Currently, The J serves more than 2,000 players in a spring/summer league, a fall league and through various camps and clinics. The newly reconfigured field and addition of a turf surface has allowed The J’s Sports and Recreation department to offer girls softball beginning this spring. The J absorbed the Girls Club of Johnson County Softball program.

“We are so pleased to add girls softball to The J’s programming,” said Bob Hennecke, Manager, Sports & Recreation.

The J anticipates more than 400 girls will be participating in this softball program during the 2018 season. The J’s Sports and Recreation Staff worked closely with designers on the expanded field. With the redesign, it is now possible to play up to five games simultaneously, rather than the previous three-game scenario.

The J applied for the grant from the Baseball Tomorrow Fund. The J already has a partnership with professional baseball. For the fourth consecutive year, The J joins Moore’s foundation, hosting its Youth Baseball Camp on The J’s fields and baseball facilities. The J is hopeful that the expanded baseball/softball facility will allow this collaboration to grow.

Previous: Gracia Burnham hated herself more than her terrorist captors
Next: Have you been in one of these locations where measles has been reported?