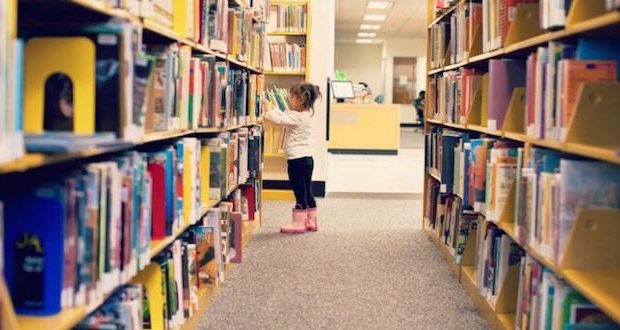 A Missouri lawmaker has introduced a bill to help keep sexual materials out of the hands of children, but library organizations are lining up against it. State Rep. Ben Baker, a Republican from Neosho, filed the Parental Oversight of Public Libraries Act on January 8, according to KOAM-TV in Joplin

“The main thing is I want to be able to take my kids to a library and make sure they’re in a safe environment and that they’re not going to be exposed to something that is objectionable material,” he said. “Unfortunately, there are some libraries in the state of Missouri that have done this. And that’s a problem.”

House Bill 2044, if passed, would mandate that no library that receives state aid can allow minors access to “age-inappropriate sexual material”, including any nudity or sexual content that taken as a whole, lacks serious literary, artistic, political, or scientific value for minors.. The bill also sets up a five-person parental library review board, which would decide what material is considered inappropriate for minors. Violators would face a $500 fine or one year in jail.

“The main thing that I’ve heard is that I want to ban books or ban content or censor content, and that’s not the case,” Baker said. “I just think that there’s a line between what is open and available access for our children. Even the bill specifies it wouldn’t be taken out of the library, it would just be put in a section that’s not for children.”

“If the adult wanted to and said, `I’m OK with my child reading this or looking at this,’ then they could check that out, and have that available for their child. I just think that we need to be careful about funding something with our taxpayer dollars without parental consent.”

Cline said it should be a choice that individual parents make with their kids.

“We believe in your right to view, to see anything you want to see, to read whatever you want to read and we’re not going to get in the way of that, um a good public library has something in it to offend everyone, or we’re not doing our job,” she said.

“If it is OK with you that your child has chosen something off the shelf and wants to check it out, that’s between you and your family,” she said. ““I think if they have chosen something that you think is inappropriate for whatever reason, then I think that’s a great teachable moment to explain why you as a family think that that item is inappropriate, and put it back and don’t check it out.”

But Cline’s view contradicts what is already happening at libraries across the nation in the administration of restrictions as reported by the American Library Association which states:

Some libraries block access to certain materials by placing physical or virtual barriers between the user and those materials. For example, materials are sometimes labeled for content or placed in a “locked case,” “adults only,” “restricted shelf,” or “high-demand” collection. Access to certain materials is sometimes restricted to protect them from theft or mutilation, or because of statutory authority or institutional mandate.

Laws across the country limit what minors can see and do, including barring them from R-rated films unless accompanied by a parent or guardian. Pro-family organizations say libraries should do more to safeguard children from being exposed to pornography on their computers or on the bookshelf.