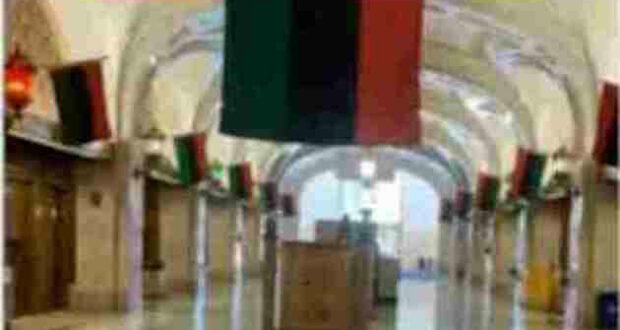 Federal employees will now have more than two weeks off work for holidays after Congress passed a bill making Juneteenth the 11th such day off. The bill, which gained bipartisan support, was signed by President Joe Biden.

June 19 is known as “Juneteenth” and commemorates the last few slaves in America learning the Civil War had ended and they were free. That freedom came under the terms of the Emancipation Proclamation of Republican President Abraham Lincoln. It has been celebrated unofficially in Black communities in large cities across the nation though many Blacks were not aware of it or did not participate.

Texas officially declared Juneteenth a state holiday in 1980. Since then, the holiday has been officially recognized in most U.S. states.

Congressional bill S. 475, passed on a vote of 415-14 in the chamber. It passed the Senate with unanimous consent.

Under the legislation, the federal holiday would be known as Juneteenth National Independence Day.

Rep. Carolyn Maloney (D-N.Y), chair of the Oversight Committee, spoke in favor of the bill in a House Floor speech: “Our federal holidays are purposely few in number and recognize the most important milestones in our country’s history. I cannot think of a more important milestone to commemorate than the end of slavery in the United States.”

Critics say the bill is meant to detract from National Independence Day which celebrates the creation of the nation and freedom from colonial rule. Chicago mayor Lori Lightfoot admitted as much by hanging a new “Juneteenth” flag alongside Pan-African flags and colors, and referring to it as the new “Independence Day”, according to the Chicago Tribune. American flags, which typically adorn Chicago City Hall and Daley Plaza, were removed.

“We asked Democrats to work with us on the floor to change the name to one that properly recognizes the importance of the day without creating a separate ‘Independence Day,’ however, Democrats refused,” Roy said. “As a country, we must stop dividing ourselves by race and unite in our common pursuit of the ideals set forth in our Declaration of Independence that all men are created equal.”