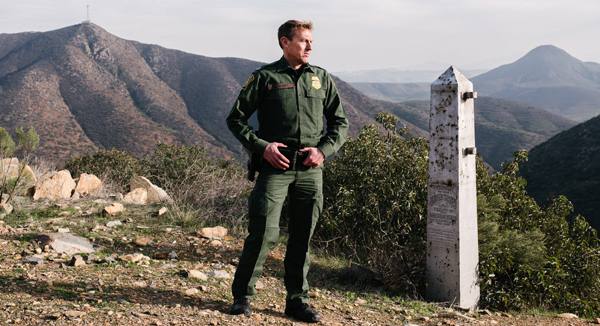 Chief Patrol Agent Rodney Scott stands near an old border monument at the base of the San Ysidro Mountains in southern San Diego County where current fencing ends. John Francis Peters for NPR

NPR has issued a report on what the experts at the Border Patrol are requesting for the border. The request made through the President for border security includes more than just additional physical barriers:

$5.7 billion for 234 miles of a new physical barrier like steel.

$563 million for 75 more immigration judges and staff to work on hundreds of thousands of cases backlogged in courts.

$800 million to care for those in custody, including medical support, transportation, and temporary housing and medical facilities.

$675 million for inspection technology at southern ports of entry.

During a ride-along with the Border Patrol on Wednesday in its San Diego sector, agents made it clear that the fence deters illegal crossers.

“I started in the San Diego sector in 1992 and it didn’t matter how many agents we lined up,” said Chief Patrol Agent Rodney Scott. “We could not make a measurable impact on the flow [of undocumented immigrants] across the border. It wasn’t until we installed barriers along the border that gave us the upper hand that we started to get control.”

Forty-six of the 60 miles of border in the San Diego sector are currently protected by some type of barrier. Scott says in the places where he has two levels of fencing he achieves 90 percent operational control.

Scott was interviewed in a clearing at the base of the San Ysidro Mountains, a rugged sierra in southern San Diego County. For the complete report go here.

The report shows that politicians need to listen to the experts – the guys that actually have boots on the ground – for answers to the problem.

Something else that many opponents of the wall may not understand is that the cartels control much of Mexico. As a result, many people crossing into the U.S. legally and illegally are forced to transport drugs. Human trafficking is also a major problem at the border. These problems then spread out across the whole nation.