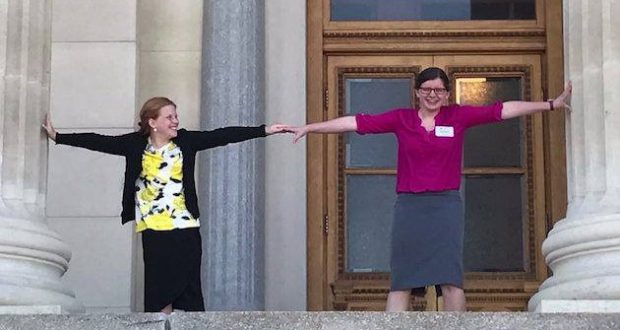 The bonds of friendship are difficult to break. Even in death.

Nearly one week ago, three teens from the Overland Park area died on their way to a church float trip.

A van of mostly teenagers crashed when a tire blew out, pulling the vehicle off of the road.

Of the three that were killed, two teen girls were best friends.

For Chloe Clayton and Hannah Foy, friendship is an everlasting bond that will hold them together no matter what. It’s something Chloe’s father, Pastor Jon Clayton, can attest to.

“They both had each other, and they both had the same goal in mind, to please God, and to live for Christ, and it was just really amazing,” Clayton said.

The 14-year-old girls were so excited to go on their end of summer trip with Chloe’s church. A group from Faith Chapel Assembly of God left Overland Park on Aug. 10, headed to the Current River on a float trip.

Chloe is a member at the church’s Louisburg location, and Hannah attended a local Louisburg church, but often tagged along to Faith Chapel events with Chloe.

On the way to one such event, two hours into the trip, disaster struck the group. A tire on the church’s van blew, causing it to go off the road, flip, and crash into a tree about 30 miles north of Springfield in Bolivar, Missouri.

The group was caught off guard with different thoughts running through the minds of the survivors.

“Unbelief, really. I couldn’t believe that this was happening, and the other thing was I hoped everybody is okay,” Clayton said.

Three teens died in the crash, and others were seriously injured. Chloe’s dad rushed to the hospital and was grateful to see his daughter was alive.

“As soon as I pulled back and stood up she just looked up at me, and she said, ‘Daddy, God was protecting me,’ Clayton said.

Her friend Hannah didn’t make it. She was one of three teens that died instantly in the crash along with 17-year-old Samara Bayse and 16-year-old David Martin.

“Hannah was a girl of radiance,” Clayton said. “Always had a smile on her face. Was a great friend to my daughter.” 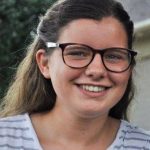 It’s a friendship that will never be broken for the girls, even through tragedy.

“She knows that she’ll see Hannah again,” Clayton said. “It will mean the world to her. That will be a wonderful reuniting.”

The Foy family is still grappling with a void they can never fill. The loss of a girl full of light.

“I just really want them to be able to heal, and have that assurance and confidence – and I know they do – that Hannah is with Jesus, and they’re going to see her again,” Clayton said.

Hannah’s funeral will be held in a private gathering on Saturday, Aug. 18.

Clayton said the church appreciates the outpouring of support for all the families touched by this tragedy.