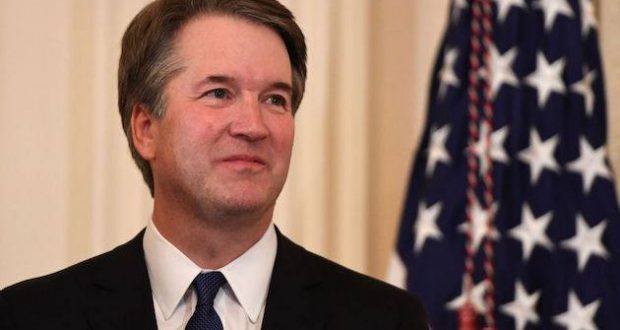 The strange tale of the Kavanaugh accuser

What appeared to be the likely confirmation of Brett Kavanaugh to the Supreme Court now rests on the believability of almost 40-year-old allegations of an accuser about his time as a high school junior.

Just as a new hearing was scheduled for next Monday to hear testimony of the accuser and accused, only Kavanaugh has so far agreed to appear before a national audience to defend himself. In fact, he was the first to ask to reappear any time, any where to defend himself.

Senate Judiciary Committee Chairman Chuck Grassley on Tuesday raised the possibility that next week’s high-stakes open hearing to examine the 11th hour allegation against Kavanaugh could be canceled. The decision will depend on if the accuser doesn’t accept the committee’s invitation.

The news comes as more details on the accuser, Christine Blasey Ford, have been discovered by media outlets showing that she may be a Democrat activist. Some news organizations are pointing out that her Facebook and other social media accounts were scrubbed of anti-Trump content over the weekend but not before screen captures were saved.

How that affects, or should affect, her credibility is unknown. A similar tactic was used against Supreme Court Clarence Thomas who stated at his committee hearing that he felt allegations against him were a “high-tech lynching.”

Grassley, R-Iowa, scheduled a hearing for Monday for Kavanaugh and accuser Ford to answer questions from senators about the allegation. But Grassley said during a Tuesday radio interview that his office has reached out several times to Ford and her attorneys to discuss her allegation, but has heard nothing back.

“We have reached out to her in the last 36 hours three or four times by email and we have not heard from them, and it kind of raises the question, do they want to come to the public hearing or not?” Grassley said on The Hugh Hewitt Show.

Asked whether there would be a hearing if Ford did not agree to appear, Grassley suggested he couldn’t see a reason to hold one.

“What would be the purpose of the hearing if Dr. Ford doesn’t want to respond?” Grassley said.

In the case Ford accepts the invitation, Grassley said he is considering the possibility of having an independent questioner ask all the questions to Ford.

Ford, a California-based professor, revealed her identity over the weekend in a Washington Post report.

She contends that Kavanaugh, while in high school, pinned her down, tried to remove her bathing suit and put his hand over her mouth when she attempted to scream. Kavanaugh has denied the allegation. While it was originally reported that Kavanaugh and another locked her in a room, other evidence indicates that Ford locked herself in a room.

The details in Ford’s letter to Senator Diane Feinstein, D-CA, conflicts with notes taken by a counselor in 2012 when Ford recalled the event. Ford cannot now say what year the alleged event took place, how many people were involved, where it occurred or other essential details – details that would normally be required in a court of law. In addition, while Ford contends that Kavanaugh was the person in question, she had not revealed that name previously and it does not appear in the counselor’s notes of the session.

Observers say it would be very difficult for anyone accused of such an act almost 40 years ago, to effectively defend themselves with so much missing information.

The announcement of the last-minute hearing evoked memories of the 1991 Clarence Thomas confirmation hearings, where senators  scrambled to arrange a hearing after Thomas was confronted with sexual harassment accusations by law professor Anita Hill. Thomas denied the accusations and was narrowly confirmed.

During television appearances on Monday, Ford’s attorney, Debra Katz, indicated her client was “willing to take whatever it takes to get her story forth,” and would testify before the committee under oath. But Katz has not confirmed that Ford will show up for Monday’s open hearing, which would be aired live on television.

Now Katz says that it is not her client’s job to corroborate her own allegations. That would pose a problem Democrats who seek to use Ford to destroy Kavanaugh’s chances of being confirmed.

“Judge Kavanaugh looks forward to a hearing where he can clear his name of this false allegation. He stands ready to testify tomorrow if the Senate is ready to hear him,” Shah said.

Grassley told Hewitt on Tuesday that the FBI investigation “is closed” and that the FBI is not doing any further investigation. The FBI released a statement that the incident is not something within their scope of investigation since their background check had already been completed and found nothing that would infer Kavanaugh should be kept off the nation’s highest bench.

Kavanaugh has forcefully denied the sexual assault accusations Ford alleged took place while the two were in high school.

“This is a completely false allegation. I have never done anything like what the accuser describes — to her or to anyone,” Kavanaugh said in a statement. “Because this never happened, I had no idea who was making the accusation until she identified herself yesterday.”

Democrats have called for delaying Kavanaugh’s vote until there is a full FBI review of the matter. Observers say the Democrat plan is to run out the clock and push the vote on Kavanaugh past the opening session of the Supreme Court scheduled for Oct. 1 or, possibly, past the Nov. elections when they would have an opportunity to take control of the nomination process should they win enough seats to take control of the Senate.

All 10 Democrats on the committee on Monday have urged Grassley to postpone the vote on Kavanaugh’s nomination.

Over 200 women, both Democrat and Republican have come to Kavanaugh’s defense. Each of them knew Kavanaugh in high school and college and say the allegations are completely out of character for the high schooler and friend they hung out with and, for a few, even dated.

Some of the women are questioning the timing of the allegations and the motivation behind them.

Ford’s social media accounts have since been scrubbed but not before news outlets discovered she was vehemently against President Trump and his Supreme Court picks and regularly posted anti-Trump and anti-Republican statements on Facebook.

It was also discovered there may be another personal reason for the 11th hour attack on Supreme Court nominee. Kavanaugh’s mother, then a judge herself, oversaw a court case in which Ford’s mother was evicted from a property in 1996.