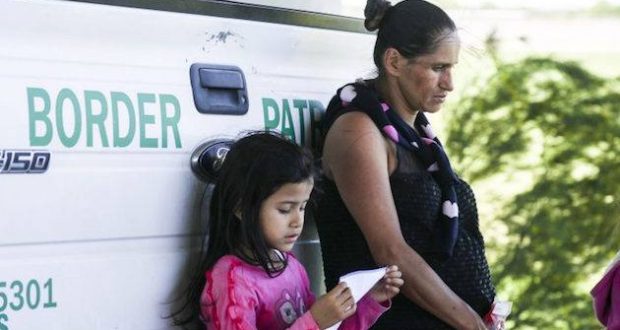 A heavily pregnant woman and a girl lean against a Border Patrol truck after being apprehended for illegally crossing the U.S. border over the Rio Grande from Mexico near McAllen, Texas, on April 18, 2019. (Charlotte Cuthbertson/The Epoch Times)

It’s a policy in which the United States stands virtually alone in the world – allowing individuals to come to the country solely to have a child who is then automatically a citizen. President Donald Trump is calling birthright citizenship “ridiculous” and is signaling he’ll end the practice.

“We’re looking at that very seriously — birthright citizenship, where you have a baby on our land. You walk over the border, have a baby, congratulations, the baby is now a U.S. citizen,” Trump told the media on August 22.

Birthright citizenship, or “anchor babies,” is the practice of granting full citizenship to anyone born in the United States, including those born to parents who are in the country illegally, on a temporary visa, or as tourists. It is blamed for being a magnet for “birth tourism,” and for igniting chain migration through “anchor babies.”

Between 200,000 and 300,000 babies are born to illegal aliens and non-residents every year, equaling about 7 percent of all births in the United States, according to Pew Research Center estimates using Census Bureau data.

Last October, weeks after Justice Brett Kavanaugh was confirmed onto the Supreme Court, Trump said he planned to remove birthright citizenship via an executive order, saying he expects it would end up in the nation’s highest court.

There is controversy about whether birthright citizenship is guaranteed under the 14th Amendment, which states, in part, “All persons born or naturalized in the United States, and subject to the jurisdiction thereof, are citizens of the United States and of the state wherein they reside.” 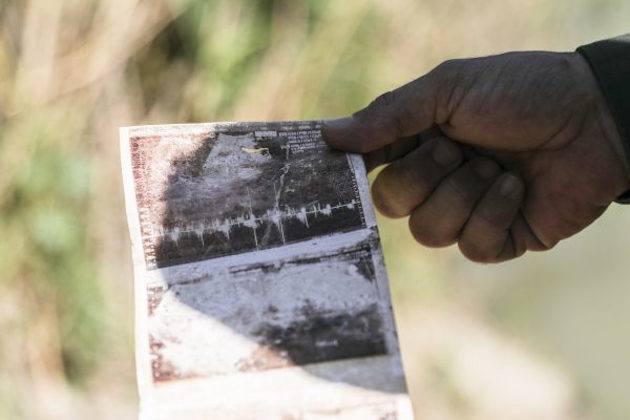 An ultrasound printout is found on the banks of the Rio Grande where many illegal aliens are ferried across in rafts by smugglers from Mexico, near McAllen, Texas, on April 18, 2019. (Charlotte Cuthbertson/The Epoch Times)

The sticking point is the “subject to the jurisdiction thereof” portion of the 14th Amendment, which was first interpreted by the Supreme Court in the 1873 slaughterhouse cases, relating to citizenship of African-Americans, but has never been interpreted regarding illegal aliens.

The majority opinion in 1873 said, “The phrase, ‘subject to its jurisdiction’ was intended to exclude from its operation children of ministers, consuls, and citizens or subjects of foreign States born within the United States.”

Trump tweeted about the 14th Amendment on Oct. 31, writing. “So-called Birthright Citizenship, which costs our Country billions of dollars and is very unfair to our citizens, will be ended one way or the other. It is not covered by the 14th Amendment because of the words “subject to the jurisdiction thereof.” Many legal scholars agree…”

Only 30 of the world’s 195 countries give universal birthright citizenship, with the United States and Canada being the only two developed economies that offer it. Many nations in the past several decades have moved away from giving citizenship to everyone born within their borders, including the UK, Australia, New Zealand, India, and Ireland.

At the time, Reid said on the Senate floor: “If making it easy to be an illegal alien isn’t enough, how about offering a reward for being an illegal immigrant? No sane country would do that, right?

“Guess again. If you break our laws by entering this country without permission and give birth to a child, we reward that child with U.S. citizenship. And guarantee of full access to all public and social services this society provides—and that’s a lot of services. Is it any wonder that two-thirds of the babies born at taxpayer expense at county-run hospitals in Los Angeles are born to illegal alien mothers?”