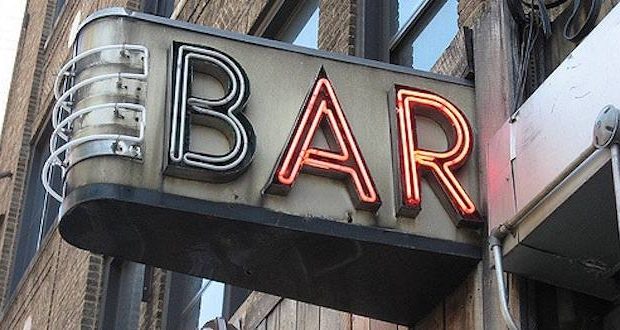 FOX4 TV reports that a new bar is coming to Kansas City but it won’t be the typical one. You won’t find an ounce of alcohol in it.

Bars and alcohol go hand in hand, but this metro woman is looking to change that. She’s bringing an alcohol-free bar to Kansas City called “Sans Bar Kansas City” reports the TV station.

Melissa Saubers stopped drinking about two and a half years ago.

“I’ve gained a tremendous clarity, and I always have tons of energy. I’m able to get everything done,” said Saubers, founder of Sans Bar KC. “In doing that, I thought I’d lose all my friends. I’d be uncomfortable going out to social situations.”

Saubers learned that wasn’t the case. She kept her friends, but what she did find was that there weren’t many options as far as events without alcohol.

So she decided to bring the Sans Bar to Kansas City. A bar with live music, a lot of people and zero alcohol. “Mocktails” will be served instead.

“When you go against the grain of what everyone is doing, you want to find those like-minded people to have that support,” Saubers said.

The concept started in Austin, Texas. A pop-up version will come to Waldo for the “New Year’s Eve Booze-Free Bash.”

“Waldo is kind of known for being pub crawl and lots of bars, and I wanted to do something different,” said Angela Cronk, the owner of Hagoyah.

Cronk considers herself “sober curious.” She offered up her business for the Sans Bar event to continue her experimentation with sobriety.

Julie Reif already has her ticket to the bash. She hasn’t had a drink in almost a year and said the event will will remove outside pressure.

“Everything is so associated with drinking alcohol these days. I think it’s so odd when someone isn’t drinking,” Reif said. “So you kind of stick out. They will ask a million questions about it. Are you sick? Are you on an antibiotic ? Are you doing a 30 day challenge?”

There won’t be any questions asked at the Booze-Free Bash. If you never drink — or you just don’t feel like drinking that night — all are welcome.

Drinking continues to gain more acceptance in American society with commercials showing moms pushing carts with kids through grocery stores wondering where the wine is after a hard day.

There has been some pushback in recent years with those that don’t drink wondering where their perks are. Southwest Airlines regularly sends out coupons for free booze to customers and restaurants have happy hours with cheap drinks but no discounts on specialty coffee or upscale lemonade.

Customers that don’t drink often ask, “What about us?”