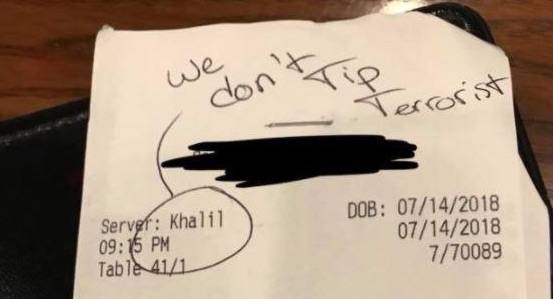 Earlier this week, Khalil Cavil claimed he was “sick to his stomach” after he received the note while working at the Saltgrass Steak House in Odessa, Texas – but it has since been revealed to be a hoax in a long line of hoaxes about such incidents since the 2016 election. 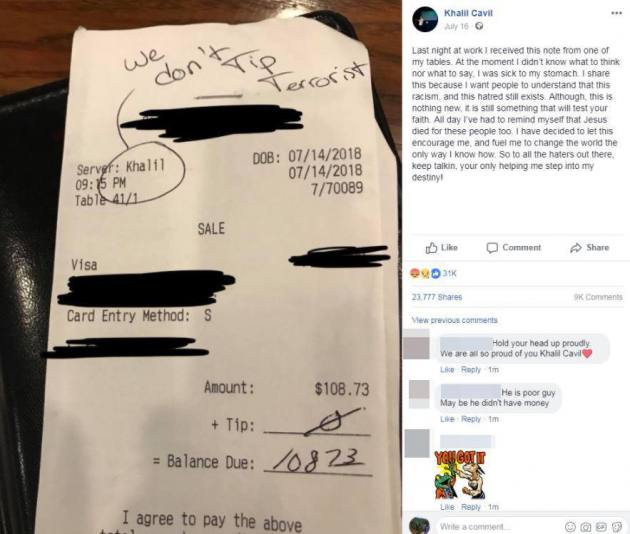 The 20-year-old claimed he was left without a tip from the $108 bill after his name was circled on the receipt with the message scrawled across the top. 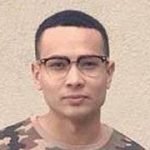 Khalil then wrote an emotional post on his Facebook page which was shared more than 23,000 times. Many people blamed the Trump administration for creating the environment for the incident to happen. Since the 2016 election over 100 such incidents have been reported in the news that were later to be investigated by police and declared hoaxes.

In the post, he said he wanted “people to understand that this racism and this hatred still exists”.

Saltgrass Steak House subsequently banned the customer from the premises – but according to local media, the waiter forged the note and “fabricated the entire story”, restaurant bosses said.

COO of Saltgrass Steak House Terry Turney told the Odessa American in a statement: “After further investigation, we have learned that our employee fabricated the entire story.”

They continued: “The customer has been contacted and invited back to our restaurant to dine on us. Racism of any form is intolerable, and we will always act swiftly should it occur in any of our establishments… Falsely accusing someone of racism is equally disturbing.”

Cavil also admitted to the newspaper that he wrote the note saying: “I don’t have an explanation. I made a mistake. There is no excuse for what I did.”

After sharing his post on Facebook, Cavil had received monetary donations, which he said are now being returned.