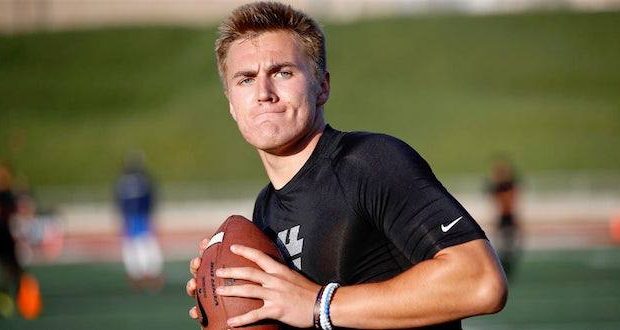 It can be hard to remain humble when you are the freshman quarterback of the No. 7 college football team in the nation. Auburn’s Bo Nix wears a constant reminder. His bracelet simply reads “Humble Over Hype”.

“It reminds you to stay humble, because there’s a lot of hype around you — and [it reminds you] how you can have an influence on other people at the same time,” Nix said in a Faithwire story. “That’s really important.”

Auburn competes in the Southeastern Conference with the University of Missouri, although the two teams are not scheduled to play in the regular season this year. Nix said he tries to be “the teammate that the guys want to follow, and then you’re doing the best you can to win the game on Saturday.”

Nix attends church every Sunday, no matter how difficult or tiring the game the night before might have been. He has made church a priority because, “I know that all things come from the Lord, and He can take them away really quickly.”

Teammate Javaris Davis gave Nix his bracelet. Chelsea Vaughn founded the nonprofit organization Humble Over Hype to remind players that they are more than just an athlete. The organization’s mission statement is I Peter 5:6: “So humble yourselves under the mighty power of God, and at the right time he will lift you up in honor.”

Trevor Lawrence, quarterback of top-ranked Clemson University, also puts faith above football. “Football is important to me, but it’s not the biggest thing in my life — my faith is.” He said. “I just know that no matter how big the situation is, it’s not going to define me.”

More information about Humble Over Hype is available at www.humbleoverhype.org.