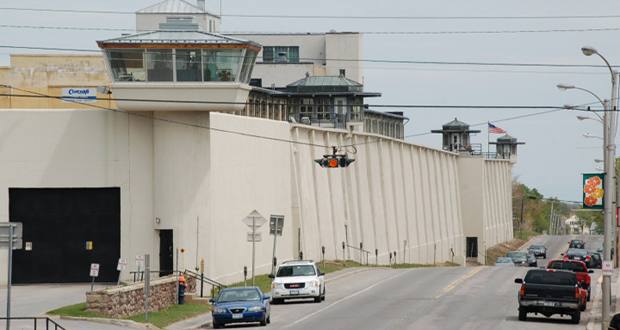 Clinton Correctional Facility in Dannemora is a maximum security prison housing nearly 3,000 inmates in upper New York, not far from the Canadian border. The facility made the national news in 2015 after an escape by two convicted murderers (one later killed, the other recaptured).

It is also unique for another reason: inside its walls is a beautiful Catholic church, the Church of St. Dismas, which has enhanced the spiritual lives of inmates for nearly 80 years. It is unique in that it is the only such freestanding church inside a prison in the U.S. 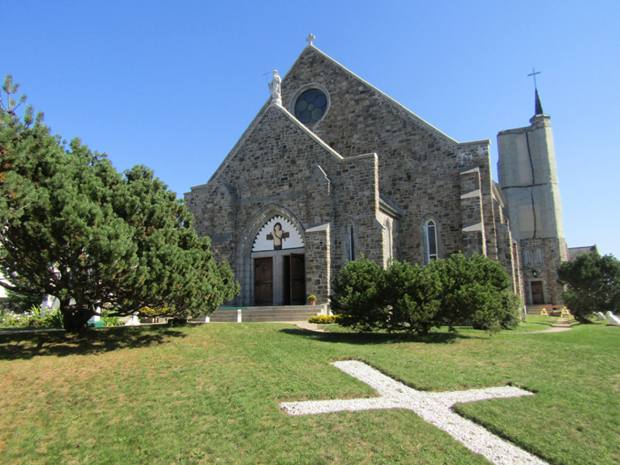 Last January, Bishop of Ogdensburg Terry LaValley, in whose diocese the prison is located, came to the church to baptize, confirm and give First Communion to four inmates, and confirm another 10. The inmates also served as lectors and musicians. The bishop was assisted by the Catholic chaplain serving the facility, Deacon Frank Bushey.

In Bishop LaValley’s homily, “vision” was a theme.  He said, “We all struggle with vision at some point.  But our God has a vision for us. He has a plan for us.  If we live that plan, we’ll know nothing but happiness in this life and the next.  That’s God’s vision for you and me.”

The bishop noted that even outside a security prison, everyone struggles with sin even as we try to follow God’s plan. He continued, “We stumble. We commit sins. We get in trouble. Sometimes we get caught, sometimes we don’t, but we’re all sinners.”

He prayed the inmates be open to the 7 Gifts of the Holy Spirit, and added, “Maybe the sacraments are glasses God gives us to help our vision.”

In an interview with the diocese’s North Country Catholic, Deacon Bushey noted that seeing the inmates grow in their Faith made his work at the facility worthwhile. He explained, “Seeing inmates grow in their conversion experience, making positive changes, and seeing the impact on their lives and their families is rewarding. Their receiving the sacraments is a new beginning for them.”

Construction on the Church of St. Dismas began in 1939.  It was the brainchild of Fr. Ambrose Hyland (1900-54), the chaplain of the facility, who had previously celebrated Mass in the prison auditorium, which he thought was “not adequate” for their needs, said Fr. Bill Edwards, chaplain of the facility 2002-11. Fr. Hyland went on to “put his heart and soul into building the church, which created a good environment in which the inmates could worship.”

Materials and funding for the church were donated; gangster “Lucky” Luciano (1897-1962) was an inmate at Clinton in the 1930s and donated red oak for the pews. Other significant donations include two angel carvings said to be from the flagship of explorer Ferdinand Magellan (1480-1521). The angels were donations from the Magellan family.

Inmates supplied labor to build the church, trained by prison guards, volunteers and other inmates. Among the most notable was forger Carmelo Louis Soraci, who used his talents to create the structure’s colorful stained glass windows, modeling faces after the inmates he knew.  Soraci’s contribution led to his being freed from prison in 1962. Deacon Bushey told the North County Catholic, “It’s really a beautiful church, and the vast majority of the population will never see it.”

Other notable features include a Lourdes grotto located outside the church.  The structure was dedicated in 1941, and added to the National Register of Historic Places in 1991.

The Church was named for St. Dismas, the traditional name of the Good Thief who died on a cross alongside Christ on Good Friday. After rebuking his fellow criminal for verbally attacking a dying Christ, he said: “Jesus, remember me when you come into your kingdom.” Christ replied, “Amen, I say to you, today you will be with me in Paradise.” [Luke 23:42-43]

A crucified image of St. Dismas appears in the alcove to the right upon entering the church, with the words of Christ emblazoned over him.  He is the only saint canonized by Christ Himself, and the only one canonized while still alive. His feast day is March 25.

The Diocese of Ogdensburg, in which the Church of St. Dismas is located, encompasses 12,036 square miles of northern New York to the Canadian border. Its 55 active diocesan priests, plus retired and disabled/retired priests, serve a Catholic population of 90,470 at 93 parishes and seven missions. The Ogdensburg diocese’s communications director, Darcy Fargo, refers to St. Dismas as an “amazing place.” She attended the recent inmate baptisms and confirmations, and spoke to the “five or six” inmates who remained behind to do cleaning in and maintenance work on the church. One told her, “It’s the best job in here.”

She continued, “’Why’s that?’ I asked. ‘Because when you’re in here, you don’t feel like you’re in prison. It feels different.’”

Previous: Gospel for Asia to work on behalf of child labor victims
Next: Pompeo announces international alliance on religious freedom