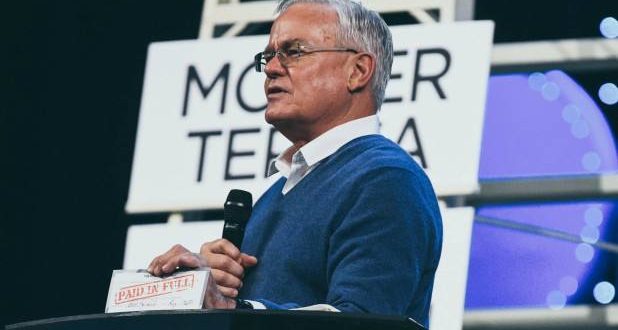 Bill Hybels, founder and senior pastor of megachurch Willow Creek Community Church, has denied multiple allegations of sexual misconduct, including a consensual affair with a married woman, who retracted her claims. Investigations commissioned by the church also could not substantiate the allegations but others are stepping forward to corroborate the stories.

“This is one of the most heartbreaking and frustrating things I’ve ever experienced—for me, for my family, for our church family,” Hybels says in a statement posted to the Willow Creek website.

The Chicago Tribune reported this week that Hybels has been accused of sexual misconduct, including suggestive comments, extended hugs, an unwanted kiss and invitations to hotel rooms.

Last year, elders retained a Chicago law firm that specializes in workplace issues to look into allegations against Hybels involving three women. According to communications from the law firm reviewed by the Tribune, that investigation was also to include any other evidence “of sex-related sin, whether conducted or condoned by Bill Hybels,” and be limited to his time as a church minister.

So far this year, two women have told the Tribune that they had been contacted by an elder to participate in a review. One of those women, Vonda Dyer, declined to participate, citing concerns about the process. Dyer, a former director of the church’s vocal ministry who often traveled with Hybels and whose husband also worked at Willow, told the Tribune that Hybels called her to his hotel suite on a trip to Sweden in 1998, unexpectedly kissed her and suggested they could lead Willow Creek together….

Many of the women who spoke with the Tribune were loathe to come forward for fear of betraying a man who had encouraged their leadership in a way that no other pastor had before and undermining a ministry that has transformed thousands of lives. But when they heard there were other women who had similar stories to tell, even in the last year, they said their silence could not last.

“That was a bit of a tipping point for me,” said Nancy Beach, the church’s first female teaching pastor and a prominent leader in the evangelical community. She recounted more than one conversation or interaction she felt was inappropriate during moments alone with Hybels over the years.

“He changed my life. I wouldn’t have the opportunities I’ve had,” she added. “I know that. I’m very clear on that. I credit him for that. But then there’s this other side.”

The Willow Creek board of elders flatly denies these allegations.

“Several years ago, an allegation was made against Bill. The elders thoroughly investigated it. They even sought outside counsel to conduct a thorough and independent investigation. After doing so, we found no concerns, nor did outside counsel. To be clear, there is no ongoing investigation of wrongful conduct. We have looked into every allegation that was brought to our elders,” elders spokesperson Pam Orr says. “We have full confidence in Bill’s character, and we look forward to him continuing in his role as senior pastor until he transitions as planned in October of this year.”

Orr says the elders investigated the misconduct claims, which the accuser retracted.

According to the elder statement:

When the elders reached out to the woman, she apologized forthrightly for making a false statement and wrote a full retraction that the elders have on file. She spoke with an elder three times and apologized for her lies. She also met with Bill’s wife, Lynne, and apologized personally to her. In the woman’s retraction, she freely admits to having become “very angry at Willow,” so much so that she could no longer attend the church. Additionally, in an email to a friend, she said, “Now I have to tell everyone that I am a liar, which I basically am. I lied to you and I am so sorry. I wanted to tear [Bill] and Willow down and get it out of my system.”

However, John and Nancy Ortberg, who were on staff at the time, asked the elders to do a more thorough investigation of the issue. While one account was retracted, others surfaced.

Hybels says he is pursuing God in the midst of the struggle.

It’s damaging not only to me, but to my family and to our church as well.

I hate that the leaders of our church have had to spend so much time and energy on these matters. I’m heartbroken that my family—my children and grandchildren—have had to endure this. I hate the way these lies have affected the wider church community. I can’t tell you the frustration this has caused me, but I have to leave it in God’s hands. It’s the only thing I can do.

In the midst of a dark situation, I’ve asked God to show me what I can learn and what I need to change moving forward. As a result of this situation, I have resolved to be increasingly diligent to avoid being in a situation where a false allegation could be made against me. But be clear, I will continue to work side by side with competent women and men on the teams that I lead.

The allegations made major waves within the Christian community.

“I highly respect both Bill Hybels and John Ortberg. They both have influenced me in some form or fashion. These allegations shocked me—to say the least. But they have not shocked our God. In his book Love Beyond Reason, Ortberg notes: ‘God sees with utter clarity who we are. He is undeceived as to our warts and wickedness. But when God looks at us that is not all He sees. He also sees who we are intended to be, who we will one day become.’  (Luke 8:17),” Nick Pitts, executive director of the Institute for Global Engagement at DBU, says.