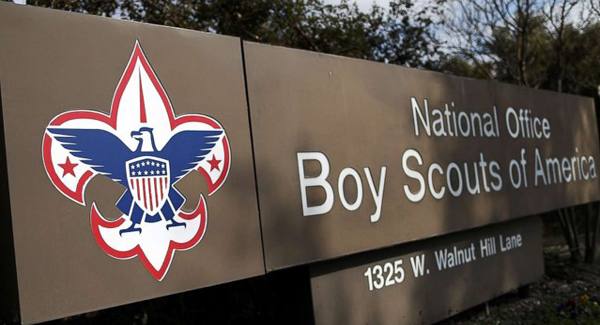 Boy Scouts of America (BSA) may soon be filing bankruptcy. According to various news sources, BSA has hired a law firm to consider their options in the wake of a wave of sexual misconduct litigation filed against scoutmasters in BSA.

At least 140 lawsuits have been filed that allege sexual misconduct by scoutmasters against its child and youth members.

The once iconic American youth organization had already been engulfed in controversy since late 2017, when the group announced that it would begin admitting girls into the Boy Scouts of America.

Then in May of this year − as reported in the Metro Voice − Boy Scouts of America announced they would be changing their name to “Scouts BSA,” which is to take effect in February of 2019.

The drop in membership that the Boys Scouts of America had experienced before their controversial announcements in October of 2017, May of this year and since is expected to continue and accelerate with the latest disclosure of alleged sexual misconduct by some scoutmasters.

With nearly 900,000 adults serving as BSA scoutmasters, it should be noted that a minute and fractionally very small percentage of those scoutmasters stand accused of sexual misconduct.

In the last 24 hours multiple news outlets have cited an unnamed source inside BSA, speaking on condition of anonymity, claiming that Boy Scouts of America is considering bankruptcy. Their financial condition, declining membership and controversial decisions of the last year would all factor into their possible consideration of bankruptcy.

Those factors alone could lead BSA into bankruptcy. Potential liability for the upwards of 140 lawsuits filed so far against the group for alleged sexual misconduct by scoutmasters could lead plaintiffs in those cases to motion for injunctive relief. A bankruptcy could potentially be used by BSA to try and shield the organization from liability for those claims of sexual misconduct.

The growth of faith-based alternative organizations to the Boys Scouts of America is expected to accelerate even more with the mounting allegations of sexual misconduct by BSA scoutmasters and their decision to admit transgender and female children and youth into membership.

Faith-based alternatives to Boys Scouts of America include the Southern Baptist Convention’s Royal Ambassadors, the Assemblies of God’s Royal Rangers, the Calvinist Cadet Corps and the Knights of Columbus’ Columbian Squires.

Trail Life USA is a Greenville, SC, based non-denominational, church-based, Christ-centered and boy-focused organization that boasts more than 250,000 members in 800 Troops in all 50 states. They welcome Christian and non-Christian members. To begin a Troop, churches must agree with the Trail Life USA Statement of Faith that is Trinitarian in doctrine.

Mike Huckabee, former Governor of Arkansas, minister, author and commentator, says, “Trail Life USA will be transformative for millions of young men over coming generations.” The organization is also endorsed by Franklin Graham, Focus on the Family founder James Dobson and Jim Daly, President of Focus on the Family. For more information, visit www.traillifeusa.com.