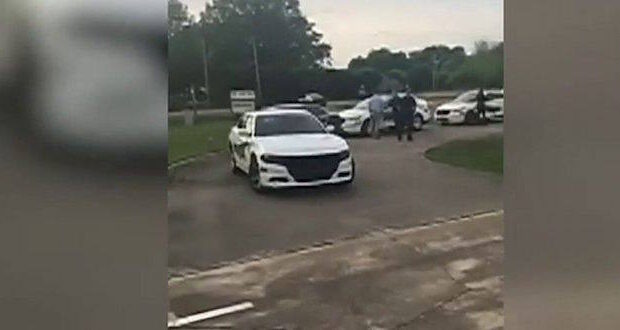 The Mississippi city that banned drive-in church services earlier this month due to the COVID-19 pandemic has issued a new order lifting the ban.

The Greenville City Council lifted the ban after a federal lawsuit calling the ban “unconstitutional” was filed by Alliance Defending Freedom attorneys on behalf of Temple Baptist Church. The church withdrew its request for a temporary restraining order against the city Wednesday in light of the city’s changed position.

As Metro Voice reported, Greenville Mayor Errick Simmons on April 13 announced that churchgoers will not have to pay the $500 tickets they were issued at an April 8 drive-in church service. But Simmons had not yet officially changed the city’s policy.

Several members of the congregation were cited by Greenville police officers after Simmons issued an executive order requiring all church buildings to be closed for both in-person and drive-in church services due to the current COVID-19 pandemic.

Simmons originally claimed his order was consistent with a statewide shelter-in-place order issued by Mississippi Gov. Tate Reeves. The governor’s order, however, includes no such ban and identifies churches as an “essential business or operation.” Reeves also made public statements saying that drive-in church services were acceptable under his order.

The church members were parked in the church’s parking lot with their windows rolled up, listening on their radios to Pastor Arthur Scott’s sermon which was being broadcast on a low-power FM frequency.

Longtime church member Lee Gordon told the Delta Democrat-Times about another small gathering of vehicles happening near the church building.

“There’s 25 cars 200 yards away all in the same place at the Sonic Drive-In,” Gordon said. “What we’re doing endangers nobody.”

The citations issued by the police resulted in a backlash in the national media and on social media. Gov. Reeves also chimed in via Facebook, reminding local municipalities, “Don’t trample the Constitution. Please use sense, everybody.”

The US Department of Justice also filed a statement of interest in the case, Temple Baptist Church v. City of Greenville, agreeing with the church that the ban cannot single out churches while allowing similar types of activities elsewhere, such as drive-in restaurants.

“Public officials are right to care about public health and safety during the coronavirus crisis, but they are wrong when they treat churches more harshly than others in government orders related to it,” said ADF Senior Counsel Ryan Tucker, director of the ADF Center for Christian Ministries.

“We commend Greenville for dropping its unconstitutional ban, which prohibited drive-in church services but allowed similar types of activities, such as eating at drive-in restaurants. That overreaching ban wasn’t necessary to protect health and safety. It only served to unnecessarily violate Americans’ freedoms protected by the First Amendment,” Tucker concluded.

Previous: Here’s the reopening schedule with all 50 states as COVID-19 flattens
Next: Attacked by Democrats for his support of Trump, black legislator vows to fight on