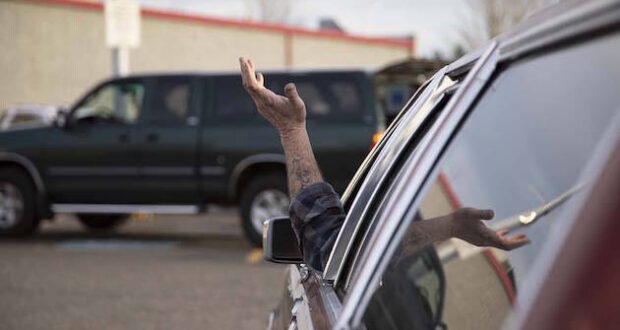 In Mississippi, tickets to attend a drive-in church service were expensive — as much as $500 at Temple Baptist Church. That’s how much police were fining people for pulling into the parking lot to listen to their pastor on the radio. Greenville’s mayor, Errick Simmons, probably thought he could get away with a little local harassment. But U.S. Attorney General William Barr didn’t waste any time setting the Mississippi leader straight. 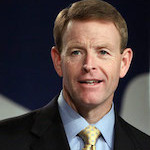 The government can’t “impose special restrictions on religious activity that do not also apply to similar nonreligious activity,” the attorney general argued. If you allow drive-through restaurants, then you can’t ban drive-in church. “The First Amendment and federal statutory law prohibit discrimination against religious institutions and religious believers.” And it wasn’t as if the congregation had ignored the CDC’s rules. They were so thoroughly practicing social distancing that most of them had to roll down their windows just to get their citations!

JOIN PHONE CALL: Pastors and staff, you can join this phone call on Friday to learn about your constitutional rights.

Obviously, DOJ attorney Eric Dreiband told me this was an instance of outright intolerance. “It’s unlawful to target religious institutions,” he insisted, “[or] to single them out for stricter treatment or broader prohibitions that may apply to other similarly situated people and institutions… So we felt it was important [to] send a strong signal to the public, but also in support of Temple Baptist Church and Pastor Scott and the worshippers there as well.”

After Alliance Defending Freedom filed suit against the mayor, DOJ stepped in to back them up — issuing a statement that left no doubt whose side the agency is on. “We explained that while it is true that governments do have, in times of emergency like this, a broad authority to protect all of us through these social distancing guidelines, [it’s] unlawful for local government, law enforcement, etc. to single out religion or religious worshipers or houses of worship…” If the judge agrees, he could issue anything from a restraining order against Simmonds to a preliminary injunction.” The important thing, Dreiband agreed, is that they get it right.

Listen to the interview:

Religious freedom matters to this administration, and the DOJ has been clear that it will not let the coronavirus be used as cover for religious hostility by government officials. “And that comes directly from President Trump and Attorney General William Barr themselves. They both feel very strongly about this. The attorney general directed us to file papers today… and we hope the justice will prevail on the case.”

Until it does, other cities and tyrant mayors should take note. This may be the first case that DOJ has gotten involved in — but if there are more power grabs like this one, it won’t be the last.

Tony Perkins’s Washington Update is written with the aid of FRC senior writers.

Previous: Trump Justice Department sides with churches after public outcry over tickets for people in their cars
Next: Back to the Bible offers free digital app for churches