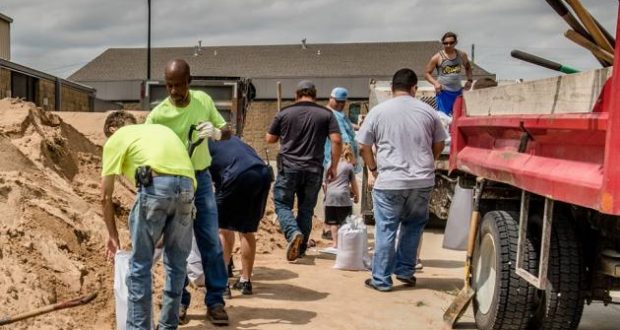 A curfew has been implemented in Coffeyville, Kan. as a large section of the town has been evacuated. The evacuation comes as the Verdigris River was set to top flood levees Sunday night.

The current river level is at 25.7 feet and is continuing to rise. The National Weather Service has revised the prediction again, and the latest prediction is the river will reach 26.5 feet at midnight or sooner. The height of the levee is 26 feet.

Authorities were urging all residents in the affected areas to evacuate by Sunday evening. “If you have not evacuated, please do so now,” the city’s Facebook page states.  “A dusk to dawn curfew in the evacuated area has been authorized by the City Commission. The Coffeyville Police Department will be strictly enforcing the curfew.” 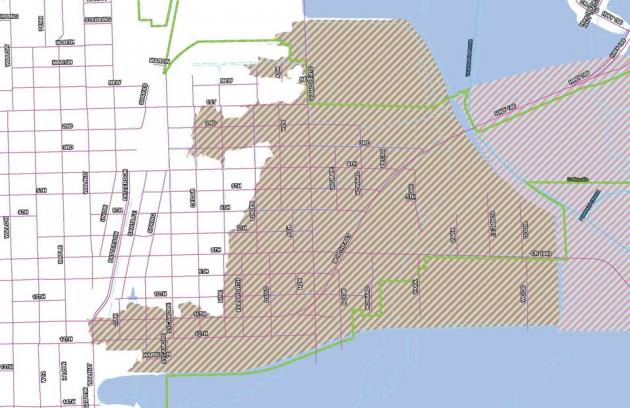 Residents are filling up everything from churches and hotels to school gymnasiums as the flood threat expands.

Jacob Bailey and his family are a few of the residents having to call a church their temporary home.

“We heard a pounding at the door, and then we’re like, what was that. It was a police officer that told us we needed to vacate cause our area was in a potential flood zone,” Bailey states.

That happened right before 6 am Monday morning and now they are staying at a Red Cross shelter at the First Southern Baptist Church.

“I’m worried about our pets there. We didn’t know what to do, how to take it and all. We just grabbed up and ran.”

Early Monday, the city put a mandatory evacuation into place for residents and businesses on the east side of town because of flooding from the verdigris river.

And several businesses along 166 have not only evacuated, but also put up sandbags to try and keep water out of buildings.

Alvin Anderson, American Red Cross:”There’s some of them even talking about the 2007 flood, they went through that, and they’re doing this again. Ya know, it is devastating, and we’re here to help them.”

Officials with the Red Cross.. as well as volunteers at the church.. are now working to keep people that are displaced calm and comfortable while everyone waits to see what happens.

Luke Oldweiler of First Southern Baptist Church says, “We know there’s a lot of people struggling. Lot of people hurting right now and we’re part of the community too, and we’re gonna be here before during and after.”

“I just hope and pray to God that it’s just a false alarm,” adds Bailey.

City officials say the Red Cross shelter will be open all night Monday night into Tuesday.

Officials with the Red Cross say if you come, you should bring your ID, medications, and a phone charger.

They also say to find a place for pets to stay, because they only accept service animals in the shelter.

The water treatment plant shuts down at 27 feet.

Coffeyville city officials have been posting updates on their Facebook page, which can be found here.

Previous: Irish storytelling and music to be featured Saturday
Next: Hall of Fame QB Bart Starr, whose ‘ultimate role model’ was Jesus, passes away