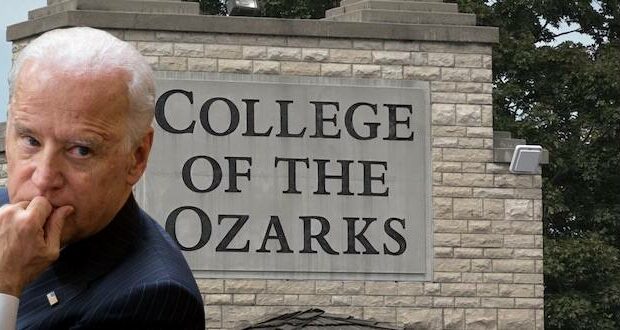 College of the Ozarks fighting policy that mandates coed housing

The College of the Ozarks near Branson is leading a fight over government policy prohibiting discrimination based on sexual orientation and gender identity.

The Biden policy forces colleges, including private Christian colleges, to place biological males who identify as female, in women’s dorms and showers.

After a judge earlier dismissed its lawsuit, the U.S. Court of Appeals for the Eighth Circuit has agreed to expedite arguments in the case and schedule a hearing in November.

The college said the Biden policy is a violation of its First Amendment rights. In their complaint filed in April, officials at College of the Ozarks asked a judge to set aside a memorandum from the U.S. Department of Housing and Urban Development that administers and enforces the Fair Housing Act to prohibit discrimination based on sexual orientation and gender identity.

The college argued that “it was issued without observance of procedure required by law and is contrary to law, arbitrary, capricious, in excess of statutory jurisdiction and contrary to constitutional rights.” It said the directive “requires private religious colleges to place biological males into female dormitories and to assign them as females’ roommates.”

It “imposes an immediate and binding legislative rule under the Fair Housing Act, prohibiting all regulated entities, including the college, from discriminating on the basis of sexual orientation or gender identity both in occupancy of their dwellings and in policies governing those dwellings,” the college said. Additionally, the rule further prevents them from telling students that they can be placed in dorms based only on their biological sex.

“For decades, the college has prohibited male students from living in female dormitories, and vice versa, regardless of whether those students identify with their biological sex,” college officials said. “The college likewise separates intimate spaces such as showers and bathrooms in its dormitories. The college regularly makes statements communicating these same policies, including this month as it arranges student housing for the fall. But defendants failed to take into consideration the college or other entities with similar student housing policies in promulgating the directive.”

U.S. District Judge Roseann A. Ketchmark, appointed to the bench by former President Barack Obama, dismissed the case in June, arguing that College of the Ozarks failed to show an actual or imminent harm that would give it standing to sue. “