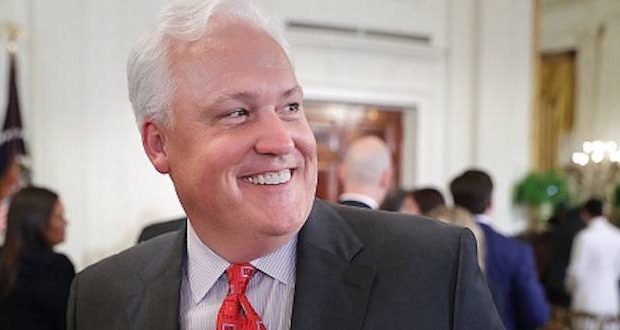 Longtime Republican Sen. Pat Roberts of Kansas will not seek re-election to a fifth term in 2020, setting up an intense political scramble to replace him. Roberts would have been 84 when facing voters in the next election.

Kansas native Matt Schlapp is considering running for the seat in 2020. Schlapp, a Washington lobbyist and chairman of the Conservative Political Action Conference, an influential annual gathering of grassroots conservatives, was fielding calls on Friday about the matter after Roberts announced he would not seek re-election.

Schlapp, who spent five years as the chief of staff to a Kansas congressman, worked in the office of political affairs for former President George W. Bush. But he has been a strong supporter of President Trump, maintaining close ties to the White House, both personally and through his wife, a Republican operative.

Mercedes Schlapp works in the Trump White House as a communications adviser.

Meanwhile, some top Republicans are proposing Secretary of State Mike Pompeo as Roberts’ successor, confident he could clear the primary field and win a general election in a state that, in the 2018 midterm elections, saw Democrats win the governor’s mansion and flip a suburban Kansas City House seat. It’s unclear whether the former GOP House member would be interested in leaving the administration to run for Senate.

“This is the plum job in Kansas politics,” KSNT News political analyst Bob Beatty said. “Once you win it you have a sweet job for life.”

“Any republican that gets through the primary will have an 80 percent shot of winning the seat,” Beatty said.

Beatty said Roberts’ retirement sets up an interesting political season for 2020, where millions of dollars will be spent on advertising. Barry Grissom is the only Democrat to announce a run for the seat. The former U.S. attorney for Kansas has mentioned Democrats haven’t won a Kansas senate seat since 1932.

Previous: Job growth surges by 312,000 in December; wages increase best since 2009; unemployment at 3.9%
Next: 4 surprising insights into life with Parkinson’s Disease