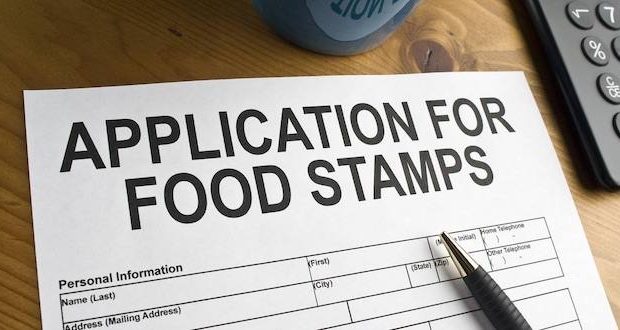 Nearly 3.9 million Americans have moved off food stamp benefits since new economic policies and job opportunities expanded after the 2016 election. The drop is saving taxpayers more than $8.5 billion.

Some 38.2 million people collected payments in November 2018, according to the last available data, down from about 42.1 million in February 2017—the first full month Trump was in office.

Food stamps—renamed to Supplemental Nutrition Assistance Program (SNAP) in 2008 to “fight stigma”—provides on average about $250 per household a month for grocery shopping.

Each state has different rules for eligibility, but in general, participants have to have low income. The benefit is also restricted for childless able-bodied adults between age 18 and 49, who can usually only collect it for three months every three years unless they work or train for a job at least 20 hours a week. States can waive the work requirements in areas with high unemployment or a job shortage.

Over Trump’s first 22 months, the government paid out more than $112 billion for SNAP, which was more than $8.5 billion less than in the last 22 months of the Obama presidency. 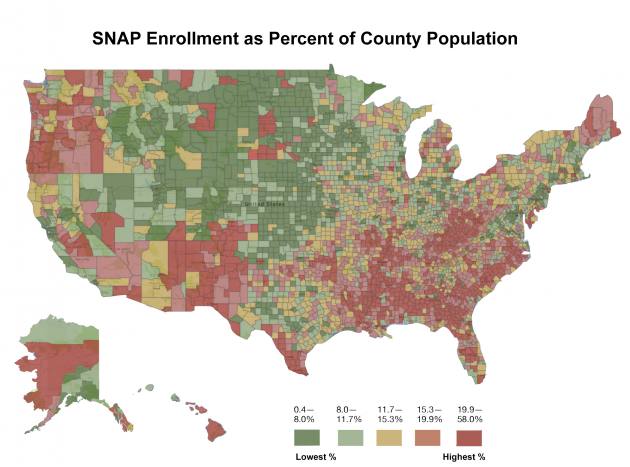 The SNAP enrollment reached its record high in December 2012, with close to 47.8 million people and nearly one in five households collecting the benefits. It’s been decreasing ever since, but decreased at a much slower pace under President Barack Obama than under Trump.

In the last 22 months of Obama’s term, the enrollment dropped by over 2.7 million, but that included a sudden drop of more than 770,000 in April 2016, when work requirements for able-bodied adults came into effect. Prior to that, the requirements were waived by most states, due to the 2008 recession.

The Trump administration has been trying to overhaul SNAP and other welfare programs to nudge enrollees toward finding jobs.

Bringing people back to the workforce was one of Trump’s campaign promises when he announced his candidacy on June 16, 2015.

Trump sought to expand the work requirements to all able-bodied adults up to the age of 59, but the measure died in the Senate, where a slim Republican majority couldn’t rally enough Democrat votes to overcome a filibuster.

Instead, the Agriculture Department proposed to tighten rules for the work requirement waivers, including cutting out more prosperous regions from the waived areas, limiting the waivers’ duration to one year, and only allowing local area waivers where the unemployment rate exceeds 7 percent. Currently, a local area can be considered to have “not sufficient jobs” with an unemployment rate as low as 5 percent.

“We think … the purpose is to help people move to independency,” Agriculture Secretary Sonny Perdue told Congress on Feb. 28. “We should help people when they are down but that should not be interminably.”

The comment period on the rule opened Feb. 1 and closes April 2.