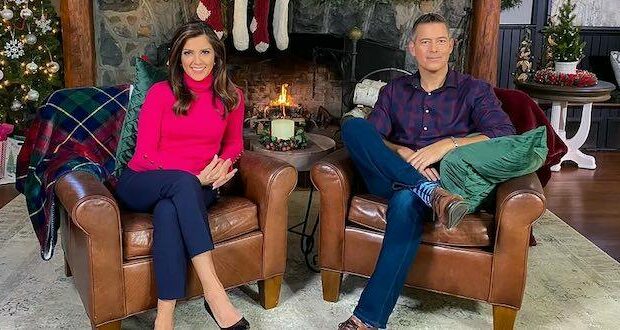 Fox News anchors have joined J.K. Rowling and other celebrities in releasing Christmas-themed books this year.

Rowling, author of the Harry Potter series, released The Christmas Pig last month. Rowling has recently come under fire from cancel culture for stating that there are only two genders. The popular children’s author says she is standing firm even as some have attempted a boycott of her newest works.

Fox News remains one of the few networks that is not afraid to talk about Christmas. This year, some of the favorite personalities are sharing their stories in a new book, “All American Christmas.”

“For us, we thought, `isn’t it great to take other people’s stories of how they celebrated Christmas when they were little, how they celebrate it now?’” coauthor Sean Duffy says. “What we love about our Christmas is we both come from very different traditions.” 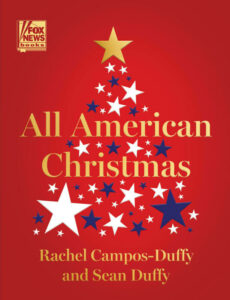 Contributors include Dana Perino, Shannon Bream, Brian Kilmeade, Bret Baier, Martha McCallum and others. Sean Duffy grew up in Wisconsin and had a rustic experience. Coauthor Rachel Campos-Duffy’s family always sang “Away in a Manger” on Christmas morning.

“This was a tradition that came from my husband’s family, but to me, I love it,” she said. “It’s like that last bit of anticipation, but it’s also the last chance that we have before the gifts to remind our kids of what Christmas is really about.”

Jesus in the manger is the reason for the season.

“For us, it’s what it’s all about,” Rachel said. “In our book, we talk about other people who are friends of ours at Fox News who have different traditions. Some of them are from mixed Jewish and Christian heritages and they have to mix all these things. We’re both Catholic. I’m Hispanic Catholic. He’s Irish Catholic, and so the beauty of that is we as a family are very intentional about it. It’s very important to us.”

They say the book and some of the personal stories will have readers choked up in one chapter.

“John Roberts, who is a very serious newsman, his story about losing his dad when he was 6 just before the holidays, and just sort of how that colored, not just that Christmas but so many other Christmases,” Rachel said. “He said the merrier the Christmas, the more he can contrast it and appreciate it.”

And laughing out loud in the next.

“And we actually started crying during Jesse Watters,” Sean said. “We cried laughing. His family went from New York up to Pennsylvania to cut down a Christmas tree. They netted it, put it on the top of the station wagon, drove home, put it in the stand un-netted it, went to bed and he said they woke up at like 4 in the morning and the cat was going crazy. They actually said they had a squirrel, came out of the tree and the cat went nuts, tearing up the house – literally, this is out of a movie.” 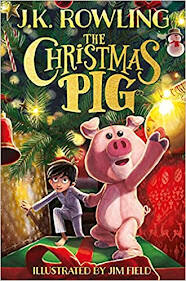 For her part, Rowling has made some history with The Christmas Pig.

It’s her first children’s novel since Harry Potter and is the story of a little boy called Jack, and his beloved toy, Dur Pig, and the toy that replaces Dur Pig when he’s lost on Christmas Eve – the Christmas Pig. Together, Jack and the Christmas Pig embark on a magical journey to seek something lost, and to save the best friend Jack has ever known.

Already hailed as ‘a triumph… her best book since Azkaban’ (Evening Standard) and ‘this wonderful new story from a writer who truly understands what it is to be a child’ (Daily Mail), the book is published by Hachette Children’s Group in the UK, Australia, New Zealand, Ireland and India, in the US and Canada by Scholastic, and in thirty-five translated languages by other publishers making it a truly global publication.