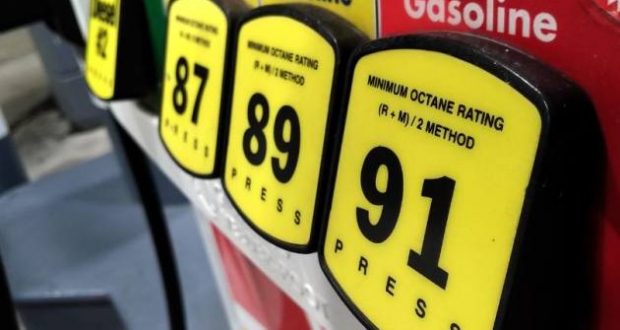 Gas prices plunge thanks to historic US exports

Gas prices across the region are plunging and that’s like a Christmas bell ringing in the ears of drivers. Gas in the local area is now under $1.90 at many stations.

Missouri has the cheapest gas in the nation while Kansas is not far behind.

Globally, crude supply is growing faster than anticipated. Contributing to the surplus is the United States’ record-breaking production levels – which hit the highest level ever recorded by the Energy Information Administration at 11.7 million b/d last month.

In addition, there is more Iranian supply in the market than expected due to the U.S. granting crude sanction waivers to some of Iran’s largest importers, including India, South Korea and Japan.

To help reduce the growing surplus of global crude supply, this week the Organization of Petroleum Exporting Countries (OPEC) met to discuss the potential of cutting crude production by up to 1 million barrels per day.

The announcement was expected yesterday, but the cartel delayed the decision until Friday to give time for non-OPEC countries, including Russia, to decide if they will join the production reduction agreement. Following the delay on Thursday, crude oil prices trended cheaper than earlier in the week because the announcement was not as firm as the market expected.

AAA forecasts that as long as crude stays below the $60.00/bbl mark, Americans will continue to see cheaper gas prices through the end of the year.

“Consumers will have more change jingling in their pockets this holiday season as they save on fuel fill-ups, especially compared to this summer. The national gas price average has dropped more than 50-cents since Memorial Day weekend when the average spiked to a high of $2.97,” said Jeanette Casselano, AAA spokesperson. “As prices continue to drop, some motorists are filling up for $2.00/gallon or less.”

Depending on what part of the country you are in, gas prices can fluctuate greatly. Some states – mostly the West Coast – are still seeing large year-over year differences, while others have cheaper gas prices than a year ago. Here is a snapshot of highs and lows:

Previous: Asia Bibi’s safe house being attacked by gunmen
Next: Christine Ford a finalist for Time’s ‘Person of the Year’