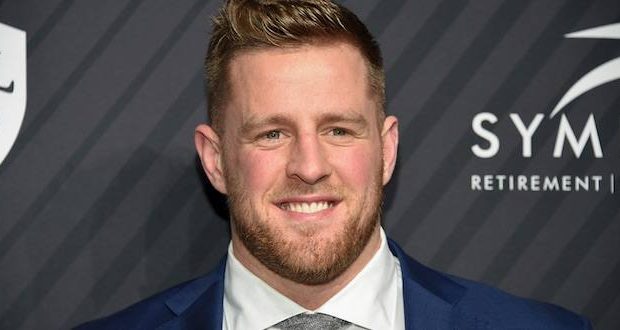 J.J. Watt, the All-Pro defensive lineman for the Houston Texans, is about the last person that Chiefs fans want to see during Sunday’s playoff game at Arrowhead Stadium. Off the field, however, Watt continues to make a positive impact in countless lives.

He has been recognized for his charitable work, including raising funds several years ago for Houston hurricane victims. Now he has launched a new athletic shoe line to support military veterans. Watt is donating all of his personal proceeds from sales of Reebok Valor shoes to an organization that helps veterans travel to the nation’s capital.

READ: The faith of Patrick Mahomes

“All of my proceeds go to the Honor Flight, which takes war veterans on a trip to D.C. to visit the monuments and brings them back home to a proper Welcome Home,” Watt tweeted.

The tweet includes a video of Watt explaining that the new Valor Two shoe line is dedicated to his grandfather, James, and follows last year’s first Valor shoe campaign supporting the Navy Seal Foundation: “This is going to be the Valor Two, and what I wanted to do is honor my grandpa. My grandpa, who is no longer with us, he was in the Korean War,” the tweet said.

The Honor Flight flies veterans to Washington, D.C., and takes them on a tour of its historic monuments, Watt said.