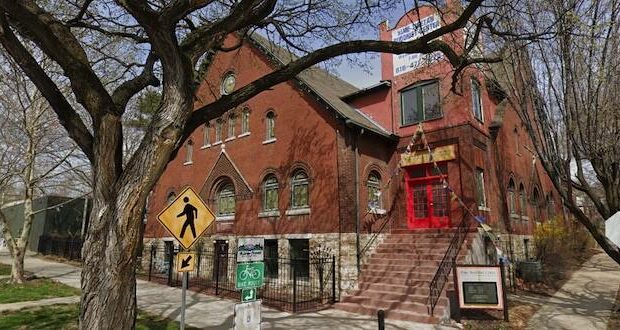 The church is attempting to differentiate itself by promoting that it does not follow Biblical definitions of marriage or gender.

The new church is at odds with the Roman Catholic Church that, while it welcomes gay congregants, does not ordain openly gay priests nor bless homosexual marriage unions.  As stated by Pope Francis, the Catholic Church also believes there are two genders: male and female.

During an in-flight press conference on the way back from Slovakia, Pope Francis in September said, “If a homosexual couple wants to lead a life together, the state has the possibility to give them safety, stability, inheritance.”

While Francis welcomed the LGBT community to seek God, he stood firm on the church’s stance on marriage. He emphasized that in the church, it is a sacrament reserved for a man and a woman.

But more and more Catholics have, according to polls, veered from church teaching about marriage and biological science and are looking for a setting free from what they see as biblical constraints. The new church is one of those groups.

“I get at least an email a week from people saying, you know, `where have you been? We’ve been waiting for you for years,’” Father Taylor Tracy said. “An extreme need, I noticed, for people that come from a more diverse background. I think a lot of people have felt ostracized in one way or another, and so this is a great opportunity for them to come and be a part of a community where they don’t have to worry about their sexual orientation or their marital status.”

Christ the King is not affiliated with the Diocese of Kansas City-St. Joseph. The parish’s independence is by design but isn’t insular.

“We look to collaborate anywhere and everywhere possible,” Tracy said. “You know, this is not anything where we’re looking to compete. We’re simply feeding people and we’re going to the peripheries in many ways.”

The independent Catholic movement is made up of many regions and parishes, which advocated for LGBTQ+ inclusion decades ago. Today’s congregations are centered on specific issues, with some focusing on social justice, Black Lives Matter, and others on ordaining female clergy–another departure from the Roman Catholic Church.

While Christ the King told KSHB 41 it is committed to bringing the church outside of its four walls and serving the Westside community, it primarily differentiates itself from others on the LGBT issue.

Pope Francis’ approach, according to church watchers, is tempered by his suspicion of what is referred to as “gender ideology” or “gender theory,” which imposes ideological constructs on people, and encourages them to choose or change their genders.  Francis, who opposes ideologies in general as “abstract” and thus divorced from people’s lived experiences, called “gender ideology” in his talk to the Slovakian Jesuits in September “dangerous.”

The Vatican’s Congregation for Education has contended that it “culminates in the assertion of the complete emancipation of the individual from any a priori given sexual definition, and the disappearance of classifications seen as overly rigid.”