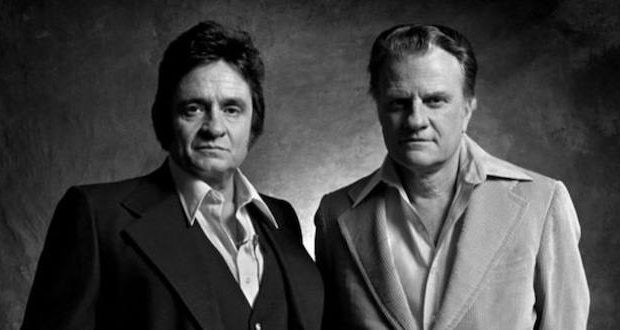 Although Johnny Cash died two decades ago, his spiritual influence lives on. His son, John Carter Cash, is keeping the flame of his dad’s faith alive by compiling a new devotional book titled “Walking the Line: 90 Devotions of Truth and Hope Based on the Faith of Johnny Cash.”

The text is a compilation of Johnny Cash’s past spiritual quotes and never-before-seen proclamations, with his son explaining how important God and the Bible were to his dad.

“My father’s faith was defining of who he was,” Cash says. “My dad fell short in many ways through his life, but he always went back to that faith. He always carried that with him no matter what, wherever he went. Everything that he did in his life, that was a foundation.”

Cash described his dad and late mom, June Carter Cash, as “down-to-earth, regular people.” Despite being larger than life on stage, he said his father had a “great sense of humility” and a wonderful sense of humor. In the end, Cash — who had a well-known friendship with Billy Graham — valued the things in life that truly matter.

“The things that he stood for are … essential aspects of love and respect for family and forgiveness,” Cash said, adding that he tries in his own life to live by his dad’s examples. “His faith was like unto Job. He did not curse God. He realized that he was human, and his faith helped carry him.”

Cash said he leans on this example when he faces turmoil or hardships in his own life. “I remember what my father stood for,” he said. “I remember his face. I remember the beauty that he carried at those times of hardship, and then it helps me find it within myself.”

He hopes the devotional helps readers “forgive as far as East to West,” a message his dad embraced. Cash also hopes fans will glean advice on living a more Christian life.