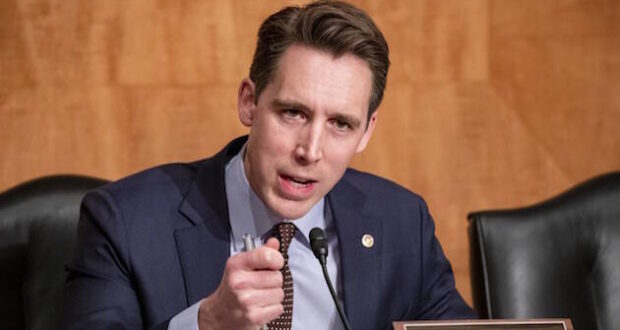 The nation would hire an additional 100,000 police officers under a new bill sponsored by Senator Josh Hawley.

According to a press release from the lawmaker’s office, the resolution is intended to “boost police morale” and “keep American families safe.”

As violent crime continues to plague the country, communities and law enforcement officers are under siege. Homicides are dramatically increasing across American cities, and violent crime is hitting generational highs. Meanwhile, police departments are facing million-dollar budget cuts, violence against police officers is increasing nationwide, and low morale among officers is causing departments to struggle with recruiting new applicants.

Among other items, the bill would:

On Wednesday, Hawley explained that “all but one” Senate Democrat voted for an amendment that would allocate funding to his bill. He, therefore, invited each of his Democratic colleagues to become cosponsors of the legislation — an opportunity to “acknowledge they’ve been wrong” for their nods toward defunding the police.

All but one Senate Democrat voted tonight for my amendment for 100,000 NEW cops on the street – so I’m inviting each of them to become cosponsors of my legislation. Here’s an opportunity for Dems to acknowledge they’ve been wrong the whole last year. We need MORE police funding pic.twitter.com/3uCW5z7W7Y

Many progressive Democrats continue to push for the “reimaging” — even as they made much of a very public vote on Tuesday that would bar funding of cities that defund the police.

Last week, for example, Missouri Democrat Congresswoman Cori Bush stated that she supports “defunding the police” while paying tens of thousands of taxpayer dollars for her own private security.

“I’m going to make sure I have security because I know I have had attempts on my life,” Bush told CBS News. “And I have too much work to do. There are too many people that need help right now for me to allow that. So if I end up spending $200,000, if I spend ten more dollars on it, you know what? I get to be here, to do the work. So suck it up. And defunding the police has to happen; we need to defund the police and put that money into social safety nets, because we’re trying to save lives.”

Rep. Alexandria Ocasio-Cortez (D-NY) recently remarked that she “does believe that we need to reallocate resources away” from police, then dismissed concerns about rising crime rates.

“We are seeing these headlines about percentage increases,” she claimed. “Now, I want to say that any amount of harm is unacceptable and too much. But I also want to make sure that this hysteria, you know, that this doesn’t drive a hysteria and that we look at these numbers in context so that we can make responsible decisions about what to allocate in that context.”

If Democrats are serious about keeping funding for local police departments and withholding tax dollars from cities that do, they’ll be put to the test in Kansas City.  Mayor Quinton Lucas gutted the city’s police budget and alerted local friendly media, before informing the police chief.

–Wire services and the Daily Caller