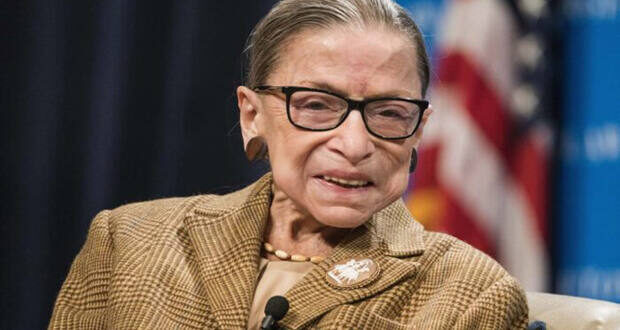 The Supreme Court announced on Friday that Justice Ruth Bader Ginsburg has passed away at age 87.

Ginsburg died due to complications from pancreatic cancer, the court said. She was surrounded by her family at her home in Washington.

“Our Nation has lost a jurist of historic stature,” Chief Justice John Roberts said in the statement.

“We at the Supreme Court have lost a cherished colleague. Today we mourn, but with confidence that future generations will remember Ruth Bader Ginsburg as we knew her – a tireless and resolute champion of justice,” he added.

Ginsburg was appointed to the Supreme Court by President Bill Clinton in 1993. She was considered to be on the left wing of the court and defended many liberal causes, most especially those relating to women’s rights. Abortions rights advocates saw her as a champion of their cause.

She also was a pioneer in using international law to help guide the development of U.S. jurisprudence, something that many conservatives oppose.

Ginsburg was diagnosed with colon cancer in 1999 and was able to overcome several other bouts with the disease.

“The Senate and the nation mourn the sudden passing of Justice Ruth Bader Ginsburg and the conclusion of her extraordinary American life,” Senate Majority Leader Mitch McConnell said.

But Ginsberg was not the first woman, nor the most impressive on the court. Historians say that title and record breaking achievement goes to Justice Sandra Day O’Connor, a Republican, who was the first woman to sit on the bench. O’Connor was appointed by Ronald Reagan in 1981 and presided over numerous rulings for the court, and as a conservative helped shape the court well into the 21st Century.

That legacy will be on the minds of conservative voters more than usual with the passing of Ginsberg.

The vacancy tees up a political showdown in the GOP-led Senate just weeks before voters head to the polls.

McConnell (R-Ky.) said on Friday that President Donald Trump’s nominee to fill the seat left vacant by late Justice Ruth Bader Ginsburg will get a vote on the Senate floor.

“President Trump’s nominee will receive a vote on the floor of the United States Senate,” McConnell said in a statement.

McConnell has previously said that he would move forward with approving a justice should an opening come up ahead of Election Day. 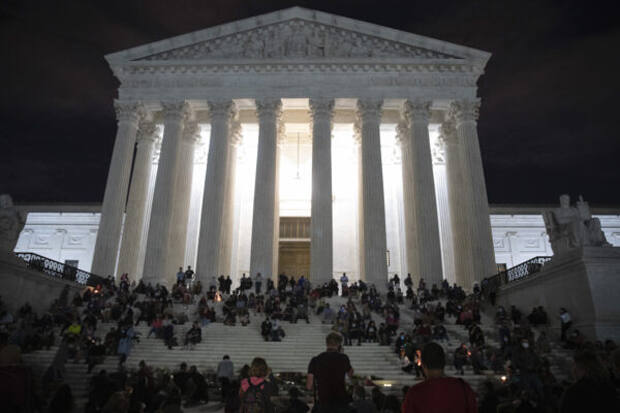 WASHINGTON, DC – SEPTEMBER 18: People gather to mourn the passing of Supreme Court Justice Ruth Bader Ginsburg at the steps in front of the Supreme Court on September 18, 2020 in Washington, DC. Ginsburg has died at age 87 after a battle with pancreatic cancer. (Photo by Tasos Katopodis/Getty Images)

President Trump, apparently unaware of the news of Ginsburg’s death, twice brought up the importance of appointing a Supreme Court justice as he spoke at a rally in Minnesota. Some people shouted that Ginsburg has passed by the president didn’t appear to have caught what was said.

We will nominate judges and justices who will interpret the constitution as written,” Trump said. “That’s why the Supreme Court is so important. The next president will get one, two, three, or four Supreme Court justices.”

Many people believe that the next nominee should be a woman, especially since they will be replacing one of three women on the court.

President Trump on Wednesday listed 20 additional candidates he would consider for the Supreme Court if he’s re-elected, including three Republican senators.

But court watchers may now be focusing on the women on the list. Those include White House lawyer Kate Todd.

“Apart from matters of war and peace, the nomination of a Supreme Court Justice is the most important decision an American president can make,” Trump said at the White House in Washington.

The president has already appointed two Supreme Court Justices, Brett Kavanaugh and Neil Gorsuch. Kavanaugh’s confirmation turned into a political spectacle after Senate Democrats late in the process unveiled a complaint from a woman who accused Kavanaugh of misconduct. The woman’s allegations proved unsubstantiated and Kavanaugh was confirmed, but not before a dramatic Senate hearing which captured the attention of the nation.

Trump has warned of a dismal future if the Supreme Court ever included a majority of Democrat-appointed justices, claiming they would “erase the Second Amendment, silence political speech, require taxpayers to fund extreme late-term abortion.”

“In the recent past, many of our most treasured freedoms including religious liberty, free speech, and the right to keep and bear arms, have been saved by a single vote on the United States Supreme Court,” he said. 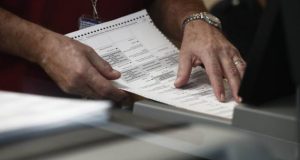 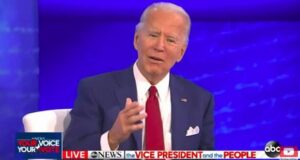 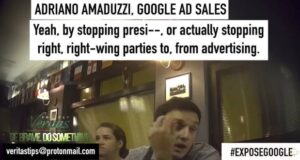 Do You Love Your Family Enough to Avoid Probate?

Probate is optional! In this webinar you will learn about how you can prepare a legacy plan that protects your family while being a wise steward of God's resources. It

Probate is optional! In this webinar you will learn about how you can prepare a legacy plan that protects your family while being a wise steward of God’s resources. It will take the mystery out of estate planning.

You can have a trust and/or will prepared at no cost or obligation.