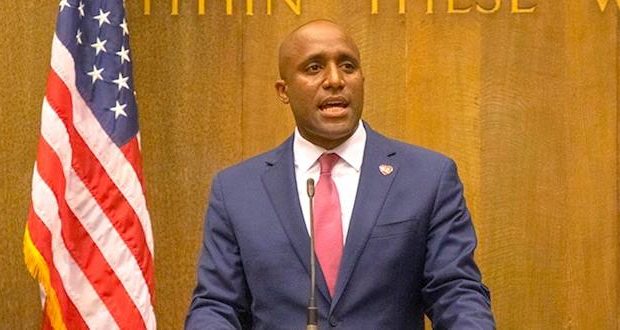 “We owe it to the victims, to their families, to our own community, to the lives we may yet save of victims and assailants,” he in his state of the city address this week, according to Missourinet. “But we also importantly recognize that more boots on the ground alone will not solve our violent crime problems. We invest this year in more social worker positions, but we also invest in more probation officers.”

Last year, 148 people were murdered in Kansas City. “Nothing matters if we lose another 148 of our sisters and brothers next year,” he said. “If we lose 500 Kansas Citians over the next year, 1,000 over eight years.”

He also announced plans to work with Councilwoman Melissa Robinson on her proposal to study violent crime. Lucas has been to the Missouri Capitol several times to meet with the governor and call for increased witness protection in violent crimes.

In other crime-prevention news, the Missouri House has given preliminary approval to a bill that would require the creation of a statewide prescription drug monitoring program. Representatives voted 95-56 in favor of the legislation. The GOP House speaker and the House Democratic leader both voted in favor of the bill. 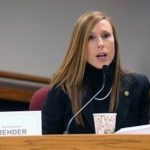 Missouri is the only state in the nation without a statewide system designed to help find cases of misuse and abuse. Bill sponsor Holly Rehder, a popular Republican from southeast Missouri’s Scott City, says the state needs to battle drug addiction problems on the front end.

“We cannot continue band-aiding this problem,” she said. “All other states do not have it wrong, and somehow Missouri’s the one state that has this figured out. Seriously?”

Previous: While US candidates push ‘Medicare for all,’ Canadians want private insurance
Next: “Lord of the Rings” actor defends the Christian faith in Hollywood