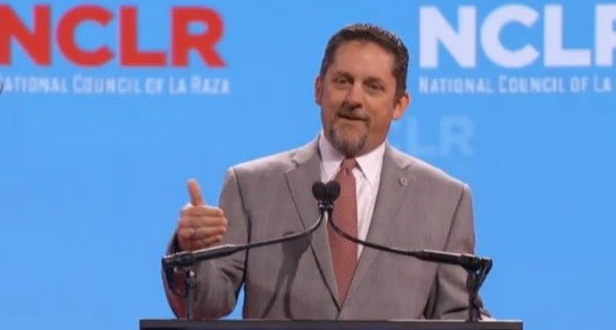 The mayor of Kansas City, Kan. this week attacked Christians who support religious freedom as the “Confederate flag of religious bigotry”.

Mayor Mark Holland, speaking at the National Council of La Raza’s convention, brought up the Supreme Court’s recent ruling that struck down the constitutional amendments passed by voters in 31 states which defined marriage as that between one man and one woman.

“But we cannot let our guard down. This religious freedom component, I believe is the Confederate Flag of religious bigotry, being flown long after the fact,” Holland said. 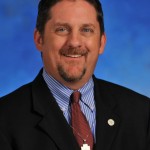 “As an ordained United Methodist pastor myself, I’m offended to note, when they say Christians are offended by the ruling. In fact, many of us Christians celebrate the ruling and the continued welcome and recognition of all people.

Holland, in applauding the court ruling, said KCK had thrown open its arms to the LGBT community. Kansas City, Kan. is one of the state’s strongest Democrat strongholds while Kansas as a whole remains primarily Republican. Yet he described Democrats as “another persecuted group.”

“The Democrats still have a foothold in Kansas City and we’re very proud of that,” said the mayor. “And because Democrats are in Wyandotte County, we welcome our gay and lesbian brothers and sisters and celebrate their life and their love, and always will.”

On another note, Mayor Holland went on to celebrate white flight from the city and the work the socialist organization La Raza has played, along with the Obama administration in that transformative effort.

“We just couldn’t be more proud that La Raza is here in Kansas.”

Kansas City, Kan. schools struggle more than most in the state even while being some of the best funded. Holland made special emphasis that the city is no longer a white majority and that the 62 different languages are now spoken in the school system. Holland boasted that in just five years the city’s white population has shrunk form 52 percent to just 40 percent. This while the city’s unemployment rate remains almost 50 percent higher than the Kansas average.

“We continue to have a number of groups of refugees from around the world,” he added.

In recent years, the city has welcomed more refugees from other parts of the world, including Muslim Somalia, Afghanistan and Iraq, Hindus from Bhutan and Buddhists and Muslims from Burma.

One goal of both the homosexual and immigrant outreach may be to shore up the city’s drastic population decline over the last 45 years.

La Raza, which means “The Race”, is considered by many as a hate group.

According to historian James Cessna, MEChA (a Hispanic resistance movement) and the La Raza movement teach that Colorado, California, Arizona, Texas, Utah, New Mexico, Oregon and parts of Washington State make up an area known as “Aztlan” — a fictional ancestral homeland of the Aztecs before Europeans arrived in North America.

“As such, it belongs to the followers of MEChA. These are all areas America should surrender to “La Raza” once enough immigrants, legal or illegal, enter to claim a majority, as in Los Angeles. The current borders of the United States will simply be extinguished.

Previous: MNU Gets Top Ranking
Next: Take the Quiz. Who Do You Line Up With?