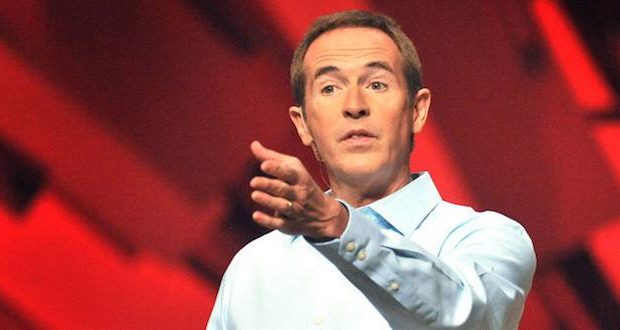 “Kids, don’t follow the 10 Commandments.” It’s not a church teaching you would ever hear – until now.

Andy Stanley, a megachurch pastor in Georgia, is under fire once again for downplaying the Old Testament and appearing to reject key components of the Christian faith like the Ten Commandments.

Stanley is the senior pastor at the 33,000-member North Point Community Church in Alpharetta, Georgia.

Back in May of 2018 he was criticized for saying, “Peter, James, Paul elected to unhitch the Christian faith from their Jewish scriptures, and my friends, we must as well.”

That is a key tenet of what is known as “replacement theology” which denies the Jewishness of Jesus and replaces Jews with Christians in God’s Biblical promises. The belief has gained hold over the centuries and is seen as a key component of movements that sought to dehumanize Jews, ultimately leading to their persecution and the Holocaust.

Now, the pastor is saying he was misunderstood. “I never suggested we ‘un-hitch’ from a passage of Scripture or a specific biblical imperative.”

His most recent comments are again contradicting his denials as he appears to be saying the same thing all over again, with different words, in a brand new commentary in Relevant Magazine.

In the commentary, Stanley is making an attempt to get Christians to think about living under the “new covenant “ that Jesus created through his death and resurrection. He points to what Jesus said in John 13:34: “A new command I give you: Love one another. As I have loved you, so you must love one another.”

But then he takes it much further than that, saying “The Ten Commandments are from the old covenant.” He makes the argument that Christians are wrong when they try to defend Ten Commandments monuments “in a public space or on government property,” saying Jesus only gave us one commandment.

Then he appears to reject the laws of the Old Testament that laid the foundation for the new covenant.

Here are Pastor Stanley’s exact words that have sparked a new controversy:

Critics are pointing out that Jesus actually gave many commandments, but that he summarized them in His commandment to love.

And in Matthew 5:17-19, Jesus says something quite different from Pastor Stanley, saying none of God’s laws should be rejected:

“Do not think that I have come to abolish the Law or the Prophets; I have not come to abolish them but to fulfill them. For truly I tell you, until heaven and earth disappear, not the smallest letter, not the least stroke of a pen, will by any means disappear from the Law until everything is accomplished. Therefore anyone who sets aside one of the least of these commands and teaches others accordingly will be called least in the kingdom of heaven, but whoever practices and teaches these commands will be called great in the kingdom of heaven.”

Replacement theology has been discredited by the nation’s leading Christian leaders for decades, yet continues to find its way, even subtly, into sermons across the country.

The main point against it is that if God can break a covenant with the Jews and replace them with Christians, who is to say he could not then break His promises with believers in Jesus.