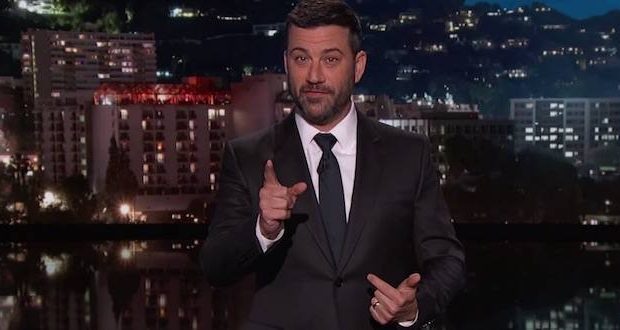 Kimmel suggested that his “compromise” to the battle of Brett Kavanaugh’s Supreme Court nomination is to chop off the judge’s “pesky penis,” should he be confirmed, reports Breitbart News.

Kimmel launched into the Kavanaugh attack half-way through what many consider to be an increasingly humorless monologue, referencing a New Yorker article published over the weekend in which Deborah Ramirez alleged that as a drunken Yale University freshman, Brett Kavanaugh “exposed himself at a drunken dormitory party.”

The New York Times, not a friend of conservatives, refused to print the story because she had “significant gaps in her memories” regarding the alleged encounter. Ramirez’s college best friend also told the paper she “never heard of” the incident in question.

But that didn’t stop Kimmel from promoting the myth and getting nasty.

Kimmel cut to a clip of Judge Kavanaugh and his wife’s Fox News interview on Monday, in which the Supreme Court nominee called allegations from Christine Blasey Ford false and explained that he was a virgin in high school and college.

“Thank you for admitting that,” Kimmel said in response to the Kavanaugh clip. “He was a virgin until many years after. So if he doesn’t get to be on the Supreme Court, maybe he’ll be The Bachelor.”

It is expected that on Thursday Kavanaugh will enter into evidence calendars from 1982, which prove he was out of town during the time in which Ford says he attempted to grope her at a house party.

The “comedian” continued to mock Kavanaugh and sexual purity with snide remarks.

“What 17-year-old keeps calendars of his social engagements?” Kimmel asked. “No wonder he was a virgin.”

Kimmel concluded his Kavanaugh monologue with a gruesome suggestion.

“Hear me out on this,” Kimmel began “So Kavanaugh gets confirmed to the Supreme Court, OK? Well, in return we get to cut that pesky penis of his off in front of everyone.”

Kimmel’s show enjoys high ratings among young viewers though it has lost significant viewership among those over 40.

Just last year, Kimmel stated, “What happened with Harvey [Weinstein] and what’s happening all over was long overdue … The world is watching us. We need to set an example.”

The comedian lost much of his credibility soon after when clips of him hosting “The Man Show” emerged.

An Australian news site did an investigation of the comedian and his past comments and actions.

“Before he was a household name, Kimmel, now 50, spent four years hosting the comedy sketch show that described itself as “a joyous celebration of chauvinism,” the The Daily Wire stated.

Throughout his tenure on the series, Kimmel poked fun at his own wife, asked women on the street to “guess what’s in my pants” and forced a group of women named The Juggies to do his bidding while dressed in skimpy outfits.

One particularly bizarre segment involved Kimmel attempting to guess the weight of various women, pressuring them to undress in order to help him discern the exact figure.

At one point, he joked to a young woman: “I’m not even going to guess your weight. You know why? I’ve got an erection.’”

Critics say that he remains one of the biggest hypocrites remaining on late-night television as he calls out others for what he viewed as perfectly fine if it meant propelling his career.

Previous: Megachurch ditches 10 Commandments?
Next: Bill Cosby gets 3 to 10 years in prison for sex assault