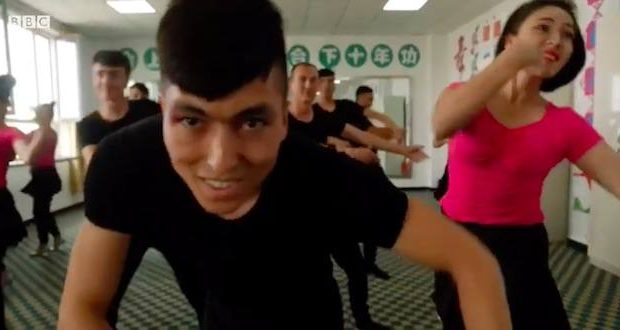 In a scene reminiscent of a Hollywood movie on mind control, a video has emerged in a disturbing documentary from the BBC revealing re-education camps. The film shows Christians, Muslims and other religious minorities being held against their will and subject to apparent mind control.

Though the government has been attempting to brand the facilities as “schools,” the reality could not be more different. Simply put, the government is seeking to rid this religious minority of all their deeply-held beliefs in exchange for a sole trust and faith in President Xi Jingping and the Chinese state. It is political indoctrination of an incredibly sinister nature.

But when the BBC journalist asks questions of those held, they espouse scripted, almost robotic answers. Mind control in action.

“Is it your choice to be here?” one man was asked. “Yes,” he replied, without hesitation. “A policeman at my village told me to get enrolled in the school and transform my thoughts.”

As interviews are conducted by a heavily-screened group of journalists, Chinese government agents watch on.

Eradication of Faith and Cultural Identity

Within the confines of the bleak detainment camps, the religious minorities undergo a strict regiment of political reeducation, the simplicity of which is painful to observe. “I love the communist party of China,” many are instructed to write out repeatedly.

Though the number one objective of the program is “thought transformation,” those held in these facilities must also partake in Mandarin lessons, self-criticism sessions and forced labor.

Other menial tasks include a four-month-long course in “how to make a bed.” The instructor being interviewed did, however, say most people are able to learn in two months rather than four.

Authorities Careful What They Reveal

Chinese authorities have been extremely careful about who they allow in to see the inner workings of their reeducation programs, and evidence suggests they are not being entirely honest about the reality on the ground.

Indeed, satellite images indicate that the Chinese authorities had erected watchtowers and implemented strict security measures on each facility so that they function more like a supermax prison than a school.

However, when it was time to bus in the group of foreign journalists, all these structures were nowhere to be seen — they had been swiftly removed to ensure that no tough questions were asked.

But when the BBC team ventured onward to a different, more ominous looking camp, they were promptly accosted by authorities and told to leave.

It was clear that the Chinese authorities were presenting a picture of the camps that was very different to the day-to-day reality.

The BBC interviewed one woman interviewed had been held in the camp system for over a year before managing to flee to Kazakhstan. Her crime? Having WhatsApp on her phone.

The woman disclosed that, ahead of any press visits to the camps, the inmates were issued a stark warning: “‘If any of you speak out, you will go to a worse place than this,’” officials would tell them.

“That’s why everyone is scared and does what they are told,” she noted.

Still, the Chinese government believes it is doing good work through the militant re-education of people who they believe have been compromised by cultural norms and religious beliefs which lead to terrorism and violence.

“Some people, before they commit murder, already show they’re capable of killing,” said Zhang Zhisheng from the Xinjiang Foreign Affairs Office. “Should we wait for them to commit the crime? Or should we prevent it from happening?”

“We aim to change their religious extremist thoughts,” a member of staff at the facility expressed.

“We would call that.. brainwashing,” the BBC journalist firmly replied.

“We’re not completely changing their thoughts,” the staff member qualified. “We only remove the extremist elements.”

According to the camp’s officials, each “student” gets one day of home-leave every week.

However, when the time for this supposed recess rolled around, not a soul was seen leaving the facility.

“I’m wondering why we don’t see any students leaving?” the reporter asked, as he stood outside the silent front gates.

“I told you, eight o’clock,” the principal replied, clearly fuming that they had been caught in a blatant lie.

“So, in the next few minutes they will leave?” the reporter pressed.

To this, the head official at the school had no answer. “Some days they leave, some days they don’t.” he said bluntly.

Immediately, the principal was called over by government minders and given a stern talking to. “You need to think carefully before you answer the questions,” one official told him angrily.

The Pentagon has previously stated that it believes upwards of three million people could be detained in mind control facilities just like this one, and has urged the Chinese government to stop violating the human rights of minority groups like the Uighurs and also Christian believers.

“We call on the Chinese government to release immediately these individuals’ family members and all others arbitrarily detained in the camps,” Secretary of State Mike Pompeo said in March, adding that the State Department was “working to convince the Chinese that this practice is abhorrent and ought to be stopped.”

Previous: Biden gets heat for Russia meddling ‘not on my watch’
Next: Famous atheist Bill Hayden finds Christ