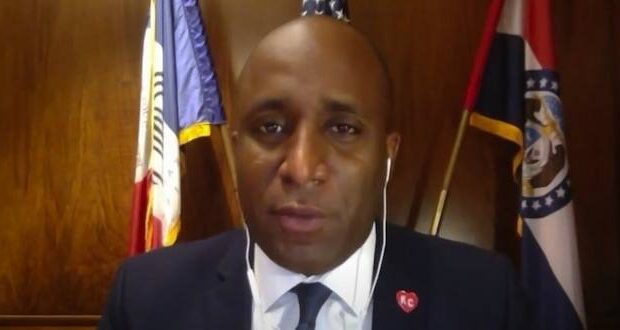 Missouri Republicans are calling for a special legislative session to address the Kansas City Council and Mayor Quinton Lucas defunding the police department.

Lucas, who recently traveled to Washington DC to meet with Democrat House Speaker Nancy Pelosi, unveiled his plan May 20 to amend the Kansas City Police Department budget to the minimum 20 percent of the city’s general revenue as required under state statute. The $42.3 million that already had been allocated is now put into a separate fund along with an additional $3 million for the city manager and Board of Police Commissioners to oversee and use for community engagement, activist groups, intervention and other “public services.”

“Kansas Citians, through their elected officials, aren’t actually looking for anything that’s unreasonable,” Lucas claimed in an interview with The Missouri Times. “Every other jurisdiction in the state of Missouri has the opportunity to fund its police department, work with its police department, have all types of different controls. We’re not even looking for that. We’re just looking to say that if there’s an extra $45 million, we want to make sure that programs that are important to a lot of our public — the community interaction officers, our crisis intervention team, our social worker programs, more 911 dispatchers — aren’t the first things to be on the chopping block. We want to make sure that those are the sorts of things that continue to be funded for Kansas Citians who need important services and we think that’s core to policing.”

Lucas and the Democrat members of the council may have broken the city charter and state law surrounding open meetings. That’s just one reason the state legislature is calling for an investigation. The city is now facing a lawsuit.

Opponents of the plan, which passed the city council in a 9-4 vote, worry about how much discretion the police board will really have over the new fund. Republican lawmakers stressed the need for allocation of an emergency fund, a special legislative session or legal intervention.

“There is a new financial crisis now that’s been created by the mayor when it comes to providing public safety for Kansas City at a time when violent crime in Kansas City is at an all-time high,” Rep. Doug Richey, whose district includes Clay County, said. “This is more than wrongheaded on the part of Mayor Lucas.”

Sen. Tony Luetkemeyer expressed concern that the new fund could be withheld from the police department.

“I think this is the worst thing the city could do — when we have record-high crime in Kansas City — to defund the police,” he said. “This will make the city unquestionably unsafe. It’s reckless, and it’s radical.”

The office of Governor released a statement saying, “Governor Parson believes in law and order, which means there must be brave men and women in uniform willing to enforce the law and protect victims. It is imperative that communities support our law enforcement officers who risk their lives daily to keep Missourians safe. As violent crime continues to be a problem in Kansas City, any effort to defund the police is dangerous and irresponsible.”

Parson has yet to sign new legislation into law that would prevent defunding police departments. Senate Bill 26, sponsored by Sen. Bill Eigel, R-Weldon Springs, was filed to thwart efforts to “defund the police” that used the tactic to transfer funding normally earmarked for law enforcement into hiring social workers to handle domestic violence 911 calls.

If Parson signs it, the law would go into effect on Aug. 28.

Council members who voted against the defunding warn that response times will increase, especially in certain sections of the city like the Northland and South Patrol.

KCPD Chief Richard Smith said the defunding would affect staffing, programs and response times. The Kansas City Fraternal Order of Police denounced the “mayor’s reckless actions” and  states it is “exploring all legal and legislative remedies while we wait to hear from those tasked with running KCPD and keeping the citizens safe.”

The four city council members who voted against the proposals said they were presented on the same day they were adopted – an unusual move – and blindsided them and which may be illegal under the city’s meetings law.

“This is absolutely the worst piece of legislation I’ve seen since I’ve been here at City Hall,” Councilwoman Teresa Loar said.