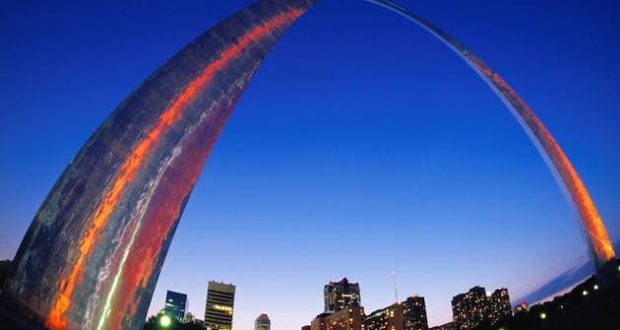 What do Missouri, Tel Aviv and and Kyoto, Japan all have in common?

Top places to visit, that’s all!

The nation’s leading business newspaper has listed them as must sees for travelers. They’re among the Wall Street Journal‘s “10 Most Intriguing Travel Destinations in 2019.”

The newspaper’s list was published last week. The Journal lists St. Louis, Kansas City, and Fulton, Missouri, as places to put on your bucket list and, amazingly, Missouri is just one of two American destinations to make the list. The other is Seattle.

But what makes Missouri intriguing? Here’s what the newspaper has to say:

It’s not all pigs and brick. St. Louis, a fast-growing tech hub, is actively expanding its network of greenways that connect rivers and parks, including the revitalized Gateway Arch National Park. And part of the historic garment district’s renaissance, the 142-room Last Hotel, housed in the circa-1909 International Shoe Company headquarters, will open in the spring. The 21c Museum Hotel brand chose Kansas City for its latest endeavor, piggybacking on the river city’s percolating art scene (from $185 a night, 21cmuseumhotels.com). About midway between the two urban centers, in the college town of Fulton—where Winston Churchill gave his Iron Curtain speech—sits the National Churchill Museum. Starting in January, the museum kicks off its 50th anniversary with a year-long program of cultural events (nationalchurchillmuseum.org).

Missouri will have plenty of opportunity to live out its “show-me” monicker as it comes in at No. 6–ranking higher than Namibia, Warsaw, Tunisia and the Bahamas.

Previous: Science City renamed as it partners with firm
Next: Pence returns to stump for Republicans